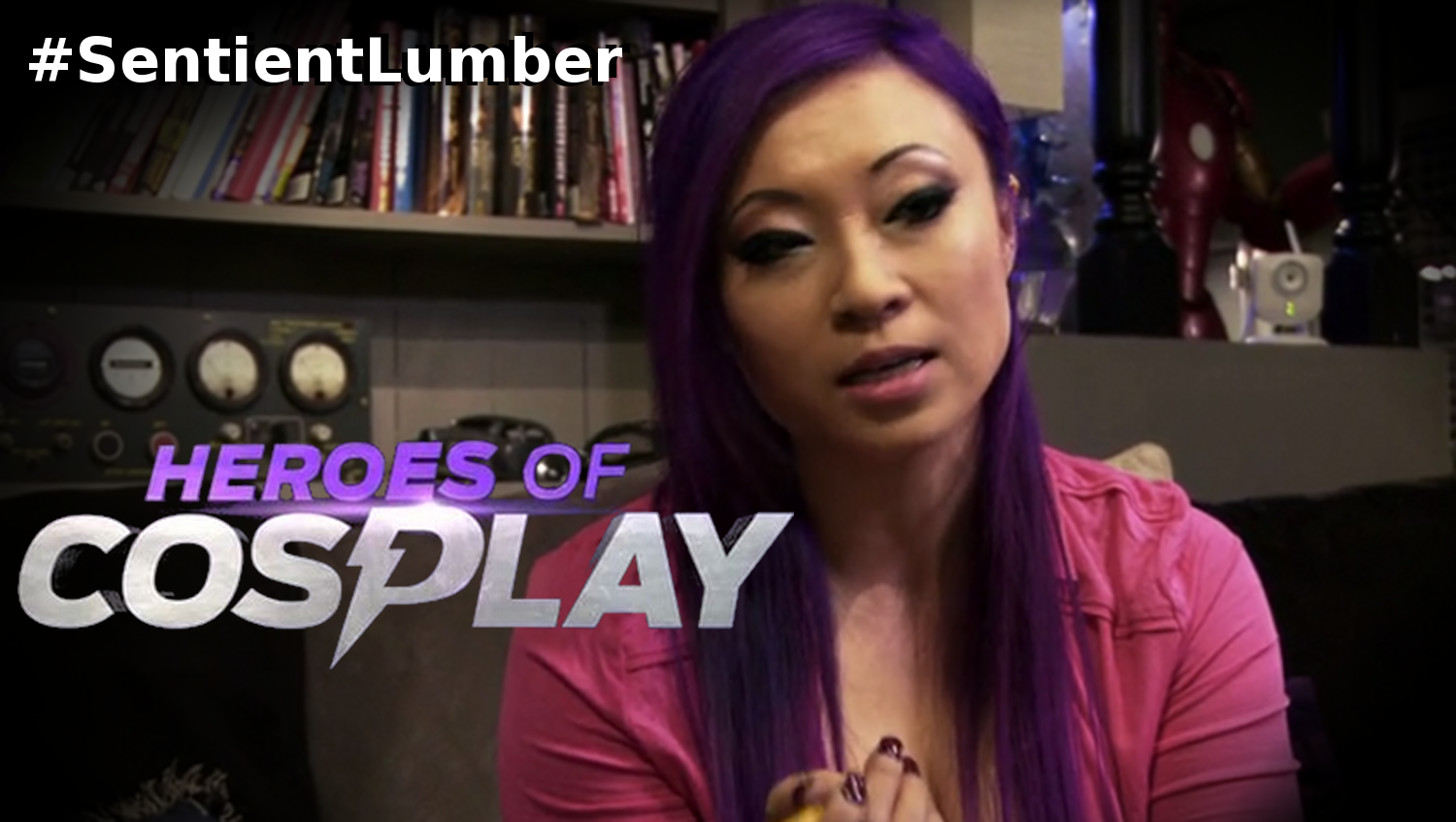 The first half of Heroes of Cosplay’s two part finale for “Season 1.5” aired last night on Syfy. Both episodes will feature Wizard World’s New Orleans Comic Con, and the first of these contained probably the biggest flat out lie the show has ever tried to sell.

You see, Yaya Han (or as we call her around here, Sentient Lumber) states that the con has two cosplay contests on two different days. One is a contest for groups, the other for individuals. There’s just one problem with that:

This con only had one contest. And there are literally hundreds of witnesses who can attest to this.

I first learned about this from an ask on my personal Tumblr, but I’ve since verified this to be true independently. The event took from four to six hours, and at one point, likely to sell the illusion of it being two different events, Yaya Han took an extended costume change for forty-five minutes.

Edit: I’ve been hearing conflicting reports about that bit – importantly from Heroes of Cosplay cast member Jessica Merizan. I’m going to try to dig a bit more before I necessarily say anything on that with certainty.

The real question is “Why lie?” I mean, it’s not like it isn’t easy to verify that there was only a single contest at this con. I don’t understand how they thought they wouldn’t get caught.

I’ll likely have more to say when the season wraps next week, and we’ll talk about this more on the next Podcast after that.

Update 7/2: I’ve put out a follow up piece to this reviewing the entire season.