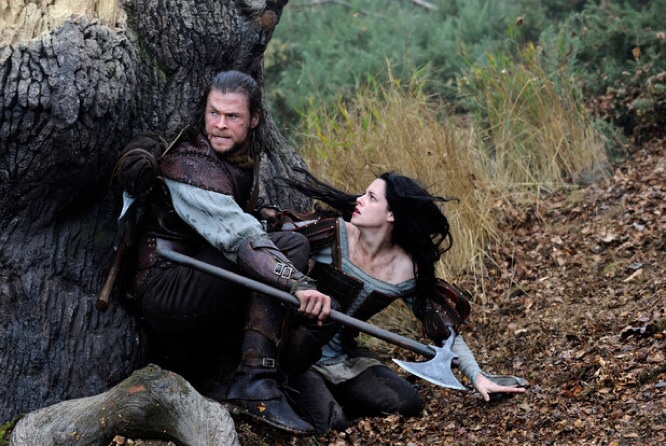 Snow White and the Huntsman may not have been a very good film, but it was certainly a financially successful one. That success was due in no small part to the box office draw of Twilight‘s Kristen Stewart. Love her or hate her, she (and Twilight) have fans, and those fans made up the bulk of the film’s paying patrons.

And while the film may have been exceptionally not-good, it was still nice to see a financially successful fantasy epic with a woman as the lead.

Needless to say then, when I heard a sequel was greenlit, I was a little stupified to find out it wouldn’t feature Stewart or her character Snow White.

Because, y’know, when a film does really well despite being terrible, the one thing you want to do when making the sequel is ditch the star power that brought people into the seats in the first place. And yes, Chris Hemsworth will star in the sequel (titled, you guessed it, The Huntsman), but Hemsworth’s fans are far less devoted than Stewart’s.

All in all, it seems like the studios are trying to predesign a flop here.