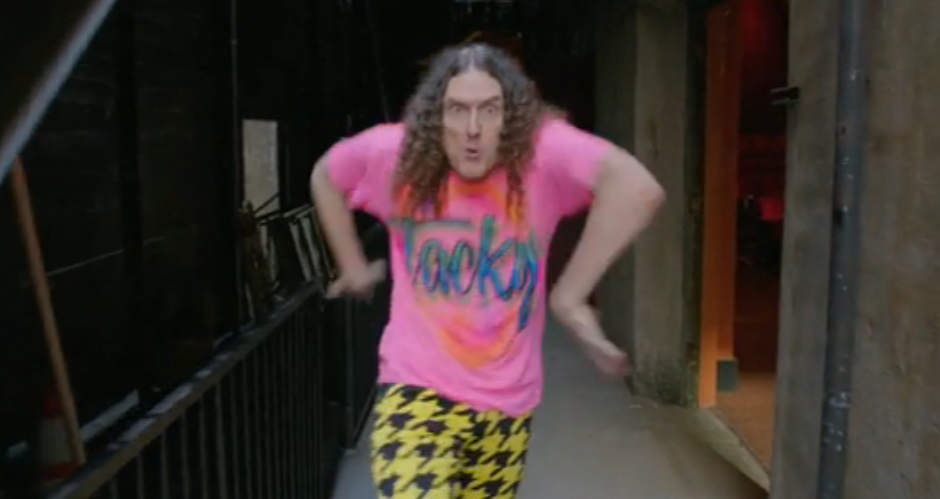 We’ve had some darker posts these last few days with our coverage on both Awesome Con Milwaukee and DashCon, so I thought it would be nice to think of less depressing thoughts.

Some of you might know that Weird Al is putting out what is being called his final “traditional” album, and to celebrate it he’s releasing eight music videos over the next eight days.

The first of which, as you’ve figured out, came out this morning. The song “Tacky” (a parody of Pharrell’s “Happy”) has a music video featuring quite a few big names in comedy… wearing some ridiculous outfits.

So enjoy and take a look.