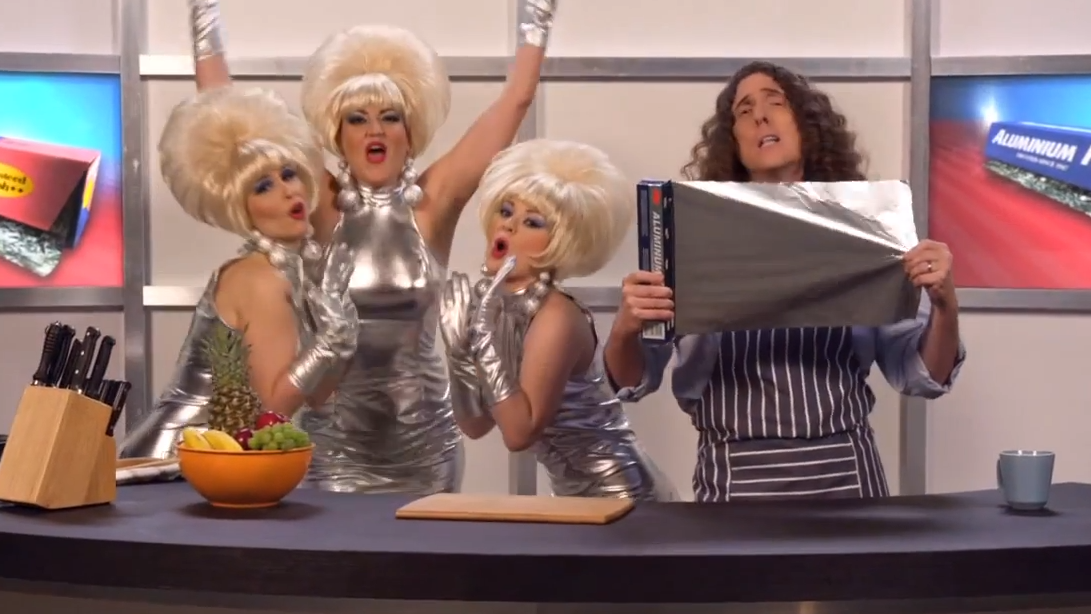 On Monday we mentioned Weird Al was putting out eight new music videos from his new album “Mandatory Fun.” The first of which was the “Happy” parody “Tacky,” but now we’ve seen days 2 and 3… and they are hilarious.

First off is yesterday’s “Word Crimes,” a parody of Robin Thicke’s awful, awful song “Blurred Lines.” I hate the original so much due to lyrical content, so it’s kind of nice for a version I don’t hate to come around.

Today Weird Al graced us with “Foil.” Foil is a parody of “Royals” by Lorde (a song I do like).

Both are worth wasting some time with today.