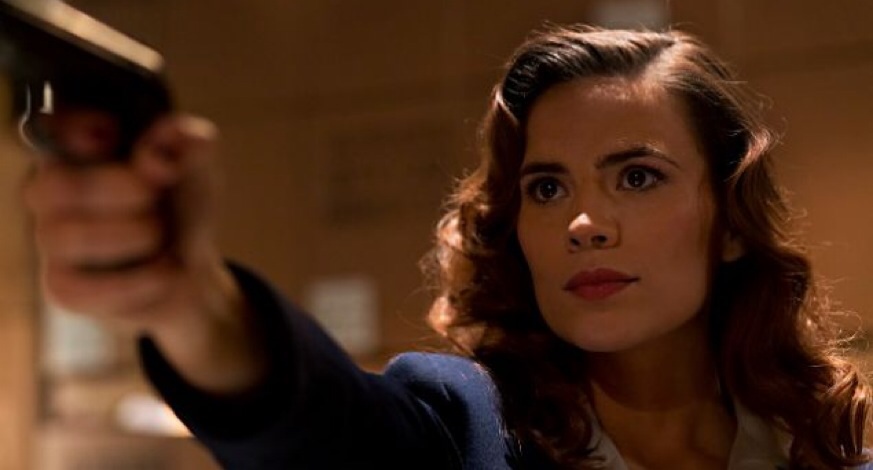 Thanks to San Diego Comic Con, we’re now getting new reports about the Agent Carter TV show and Season 2 of Agents of SHIELD.

Agent Carter will actually begin just one year after the first Captain America film and prior to the one shot that inspired the series. One of the writers, Steve McFeely, told io9:

We like that richness of not being respected by everyone else and, by the end of the one-shot, she won. We’d like to live there a little longer. So the easy answer is, and we reserve the right to change this, this all happens before the one-shot.

Jarvis, Howard Stark’s butler (and one can assume Tony’s inspiration for his AI), will act as a Q-like figure, bringing various gadgets to Agent Carter throughout the series.

As for Howard Stark himself or any of the Howling Commandos? No one is sure. It’ll come down to actor availability.

The Russo Brothers (who directed The Winter Soldier) will also direct episodes 2 and 3 of the series.

As for Agents of SHEILD, we now know that the character Lucy Lawless is playing will be SHIELD agent Isabelle Hardley. Other characters who will appear include Nick Blood as Lance Hunter and Reed Diamond as this season’s major antagonist Daniel Whitehall.

All in all, fairly exciting.