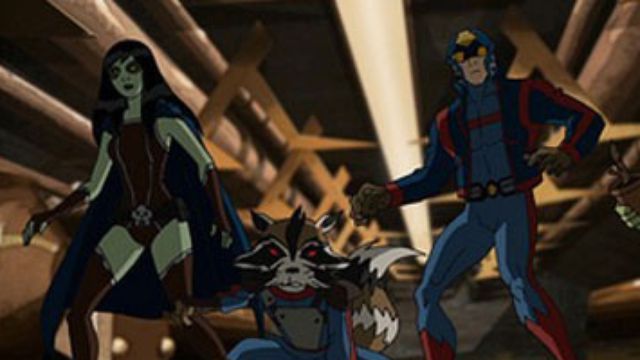 In an ongoing effort to give us everything we didn’t know we actually wanted,  Marvel announced a Guardians of the Galaxy animated series to air on Disney XD. They made this announcement alongside a one-minute preview featuring Star Lord and Rocket Raccoon, a sentence that I don’t think I will ever grow tired of typing.

The announcement happened during a panel that also featured more information about already-established animated series Avengers Assemble and Agents of S.M.A.S.H. It was also announced that Agents of S.M.A.S.H. is going to tie directly into Guardians of the Galaxy, which comes out in approximately 2 days, 8 hours, 45 minutes, and 30 seconds. Not that anyone’s counting.

If we can take anything away from Marvel’s presence at Comic Con this year, it’s that they are doing everything they can to take over every facet of your life, and that’s not exactly a bad thing.

via Deadline.com, Image via AV Club