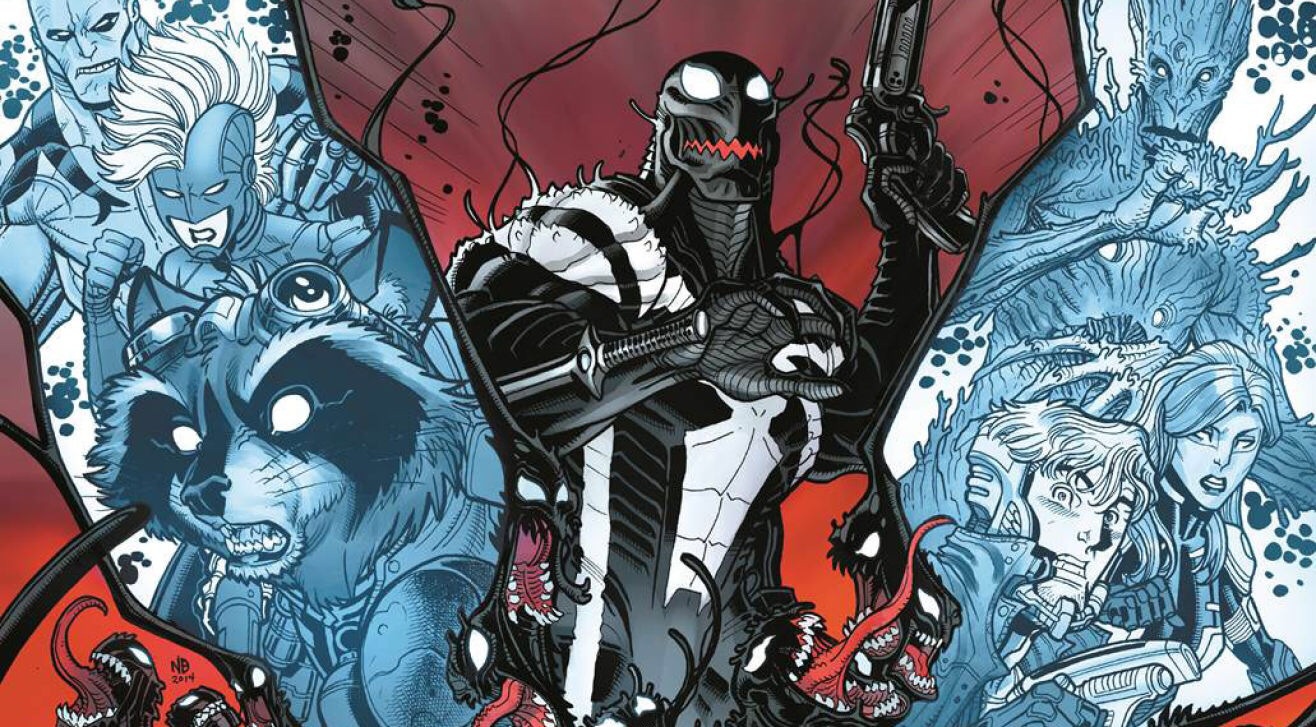 So somehow, in the Venom and Venom-related symbiote packed Marvel comics of the 90s, we never actually found out what planet the Venom symbiote came from. Sure, Peter Parker picked it up on a planet during Secret Wars (try saying that ten times fast), and we’ve seen a planet taken over by symbiotes… but we’ve never seen their homeworld.

As current-Venom Flash Thompson has been hanging out with the Guardians of the Galaxy, after finding out we’d never seen the home planet of the symbiote writer Brian Michael Bendis decided that this was exactly where they needed to go.

And it all goes down in issue #21. I’m personally excited, but I also read a lot of Spider-man books in the 90s.