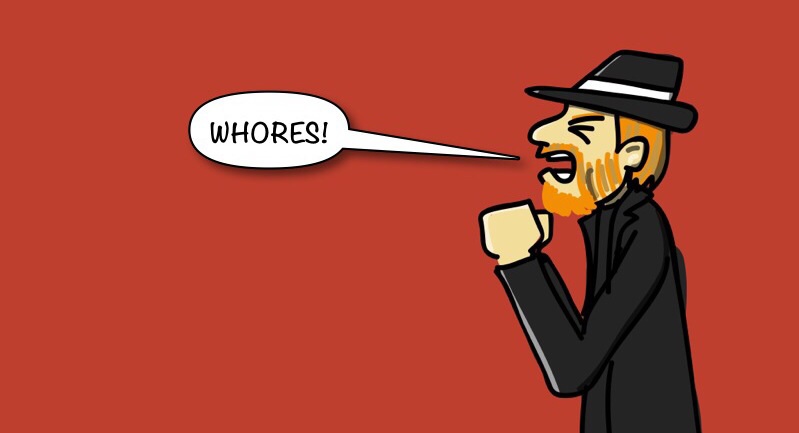 So Bleeding Cool pointed out a 20 questions interview Playboy did with Frank Miller.

And in it, Frank Miller is as crazy as ever.

And I mean “slowly becoming one with his fedora” kind of crazy. In my favorite bit, Miller says:

MILLER: I believe there has been a crisis of masculinity in modern times, and the 1940s-style gentleman needs to make a comeback—the sort of man who opens the door for women and compliments them and does things for them. I believe it’s a biological function of men, because we tend to be larger than women, to be protective of them. If I were to try to zero in, comic-book-like, on when masculinity went awry, I’d say it was when Rod Stewart sang, “You are my lover, you’re my best friend,” rather than allowing there to be two people in his life who served two very important functions.

Bleeding Cool has more of it available to read, and I recommend you do. Because it’s just friggin’ nuts.