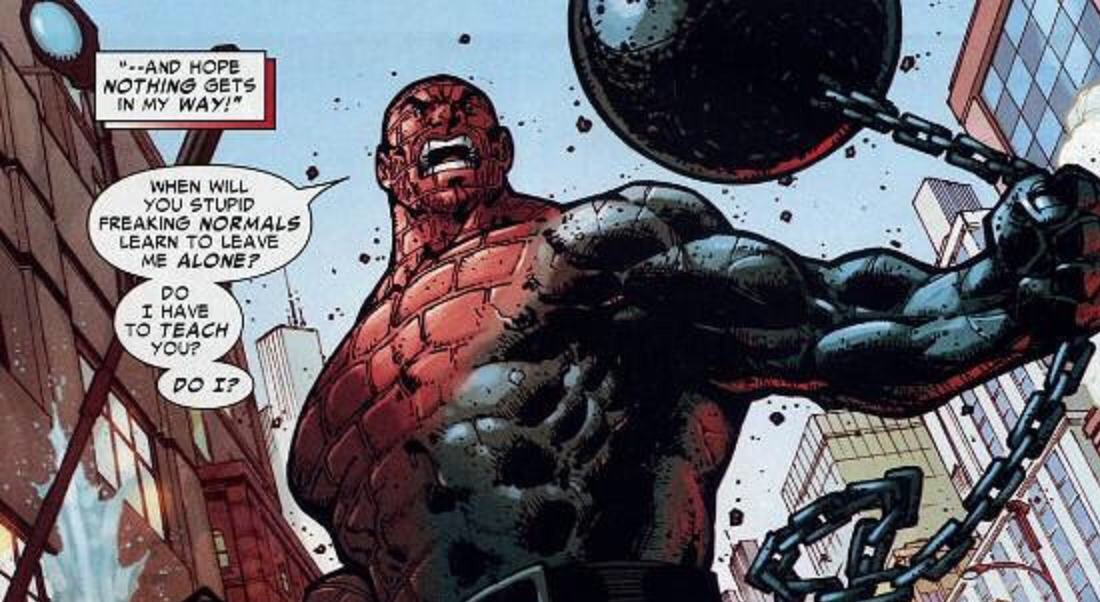 Brian Patrick Wade will play Crusher Creel (aka “The Absording Man”) in the season premiere of Agents of SHIELD according to an announcement on Marvel.com. This adds yet another major Marvel character to an otherwise packed season.

Who is The Absorbing Man? Well, CBR best broke it down:

The Absorbing Man is one of Marvel’s longest-running villains, introduced by Stan Lee and Jack Kirby in 1965’s “Journey into Mystery” #114. Frequently depicted targeting Hulk, Thor and the Avengers as a group (including stints as a member of the Masters of Evil), this is the first time the Absorbing Man will be portrayed in live-action — though elements of the character’s powers were used for Nick Nolte’s character, Dr. David Banner, in 2003’s “Hulk” film.

So yeah, this should be fun.