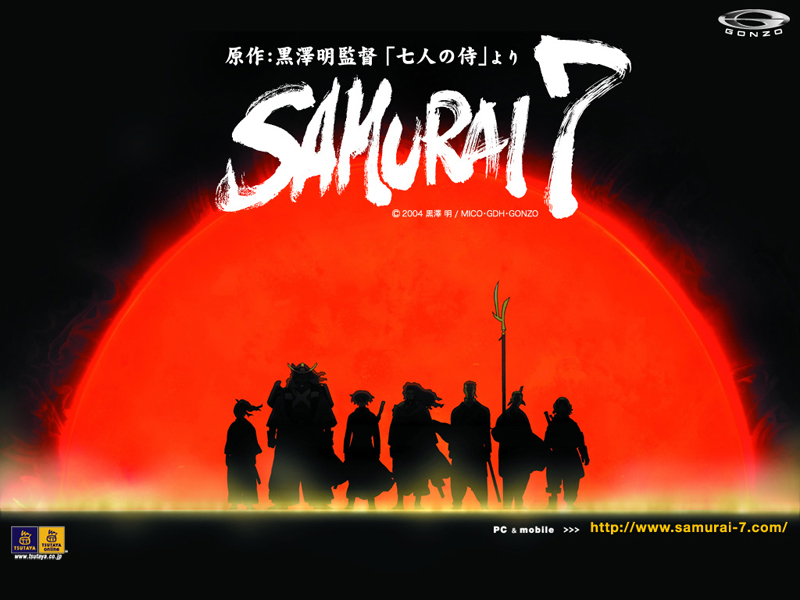 Anyone else watch Samurai 7? It was this kinda trippy anime adaptation of the classic Kurosawa film, Seven Samurai with a bit of a fantasy-steam punk twist. Also it was awesome. Keep in mind, the original movie has had dozens of remakes, half of which are pretty mind-numbing, This  anime, on the other hand, has some real power and honest love of the source material. It also came out in 2004.

So yeah… ten years later a stage musical is in the works. Well it is the 10 year anniversary. (60th for the original film.) Maybe that’s why. I’m curious to say the least about how the bandits, who are GIANT FREAKIN’ ROBOTS in this version will be done on stage. Lets hope the producers haven’t picked a losing battle.