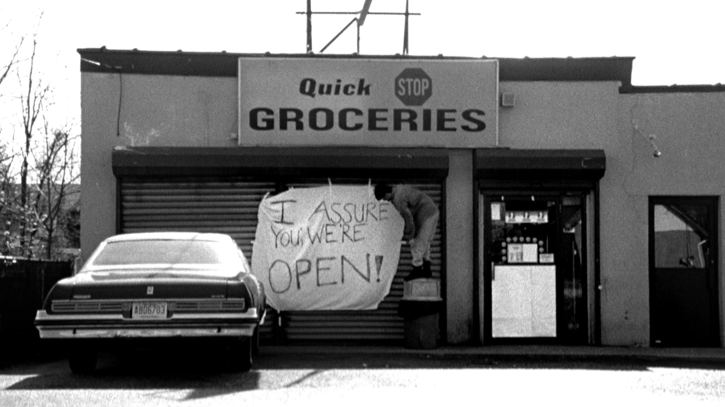 So many are reporting that Kevin Smith has finally secured funding to make Clerks 3 (due to either the success or failure of Tusk, depending on how you think about it). At first I was mildly excited, but the more and more I think about it, the more trepidation I have about the idea.

Because I’m not sure Clerks 3 is a good idea.

Clerks was an important film when it came out because it reflected the lack of direction and angst which can permeated the era. But the realities it reflected were very much of that time – the only reason Dante was working a dead end job was because of his own lack of motivation.

When Clerks 2 came out, it felt strange that the characters were still working service counter jobs. I mean, it wasn’t impossible, there are plenty of adults working minimum wage in this country, but it felt… off. Mostly because the actual fans who so connected with Dante and Randal were now slogging through office jobs – and there was a perfect opportunity to mock that world. But it’s a world Smith doesn’t know.

He went from being a store clerk to a famous movie director — I don’t know if he honestly knows how to relate to the very people who made him famous to start with.

Even with its flaws though, I still enjoyed Clerks 2. But, and this is where I think the larger problem lies, Clerks 2 felt very much like the end of the story. We literally left Dante and Randal with their “happily ever after,” and while it would be very easy to disrupt that, it would almost feel like an emotional betrayal to change that ending.

So I guess as a fan, I just don’t want more Clerks. That story felt complete, and I’m not sure Smith has a good third chapter in him for those characters.

And we owe them more than that.