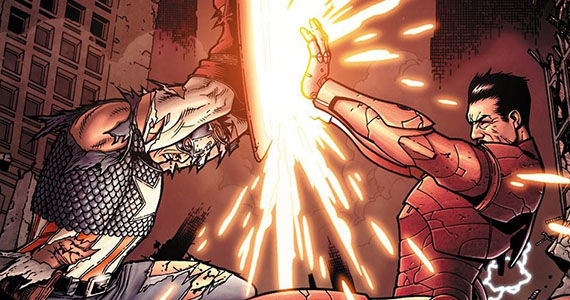 Robert Downey Jr. is still part of the Marvel Cinematic Universe, but he may be signing on for a shocking part in the third Captain America film. Things are looking more and more like this wont be a team-up, so much as Iron Man acting as a villain, as he was in Civil War.

Rumors of a Civil War adaptation have been circling around for years, and they’ve only intensified since Captain America: The Winter Soldier borrowed several elements from that story.  But this would be a pretty dark step for such a popular character.  It would also be a really ballsy move for Marvel to bust out their own “versus” movie so close to Batman v. Superman: Dawn of Justice.

No lie though, I would love to see this happen.

Via: Variety
Thanks to Random Ramblings Man for the Tip