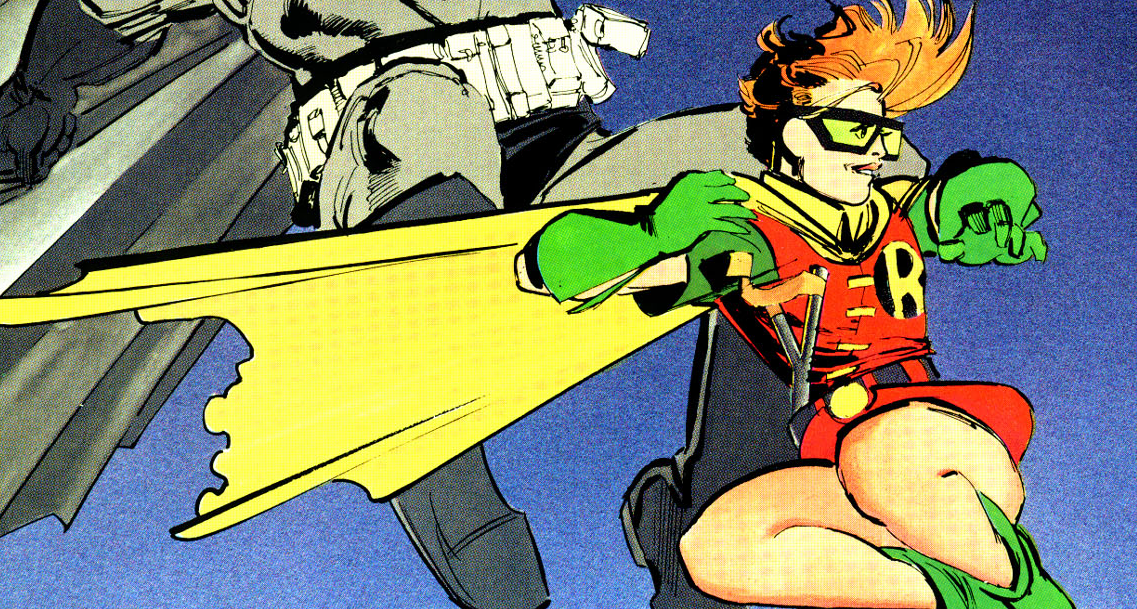 We talked about this on the podcast last night, but things have gotten a bit more concrete since then. So we know the following – according to some guy who was an extra on Batman v Superman: Worst. Title. Ever, Batman will not only have a Robin in the film, but that said Robin is a girl. We also (more importantly) know that THR has confirmed that Jena Malone will also be in the film, albeit in an as-of-yet unnamed role.

So the real question right now is, will Jena Malone be playing Robin?

Most of the rumor mill seems to say yes, with fingers pointing at Carrie Kelley as the character (as the film seems to be drawing heavily on Dark Knight Returns for its Batman inspiration). It’s true that Malone could instead be playing fan favorite Stephanie Brown (who also suited up as Robin for a while pre-New 52), but Kelley seems the more likely candidate due to people’s obsession with Frank Miller’s questionable Batman opus.

Of course, maybe Malone isn’t playing Robin at all, and is playing Barbara Gordon for all we know. Everyone seems to have put a lot of faith in the word of a random extra.

Via Comicbook.com and THR