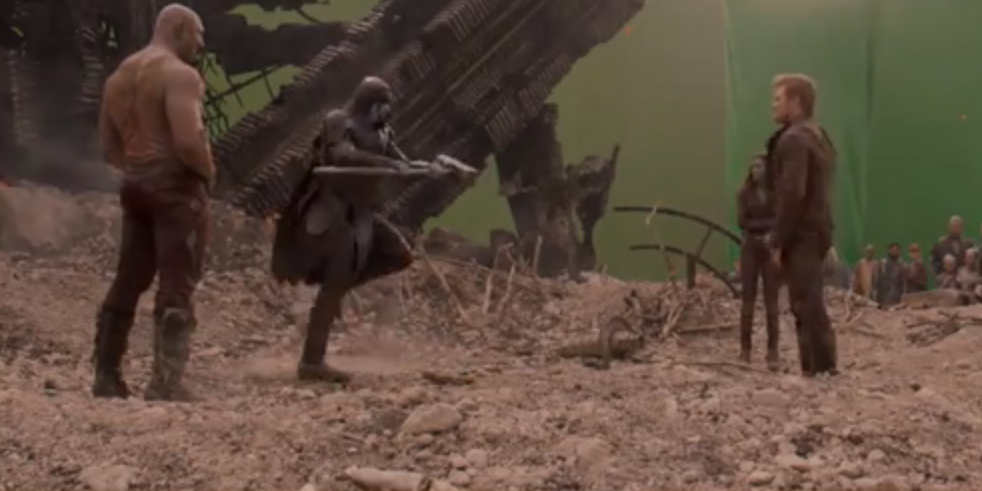 Since the movie’s been out for a while, I don’t think it’s too much of a spoiler to mention that at a key moment of the film Chris Pratt’s Star Lord tries to distract Lee Pace’s Ronan by challenging him to to a dance off. Of course, in the film Ronan is just confused (which was the plan) – but we all dreamed of a world where logic was thrown aside and the fate of the galaxy was left in the hands of Chris Pratt’s sweet moves.

Well, in this outtake that Buzzfeed has so kindly posted, we finally get to live our dreams:

It’s going to be a long wait until 2017 to get more Guardians of the Galaxy (although Chris Pratt has said he’d totally be up for guest starring on Agents of SHIELD if they asked him).