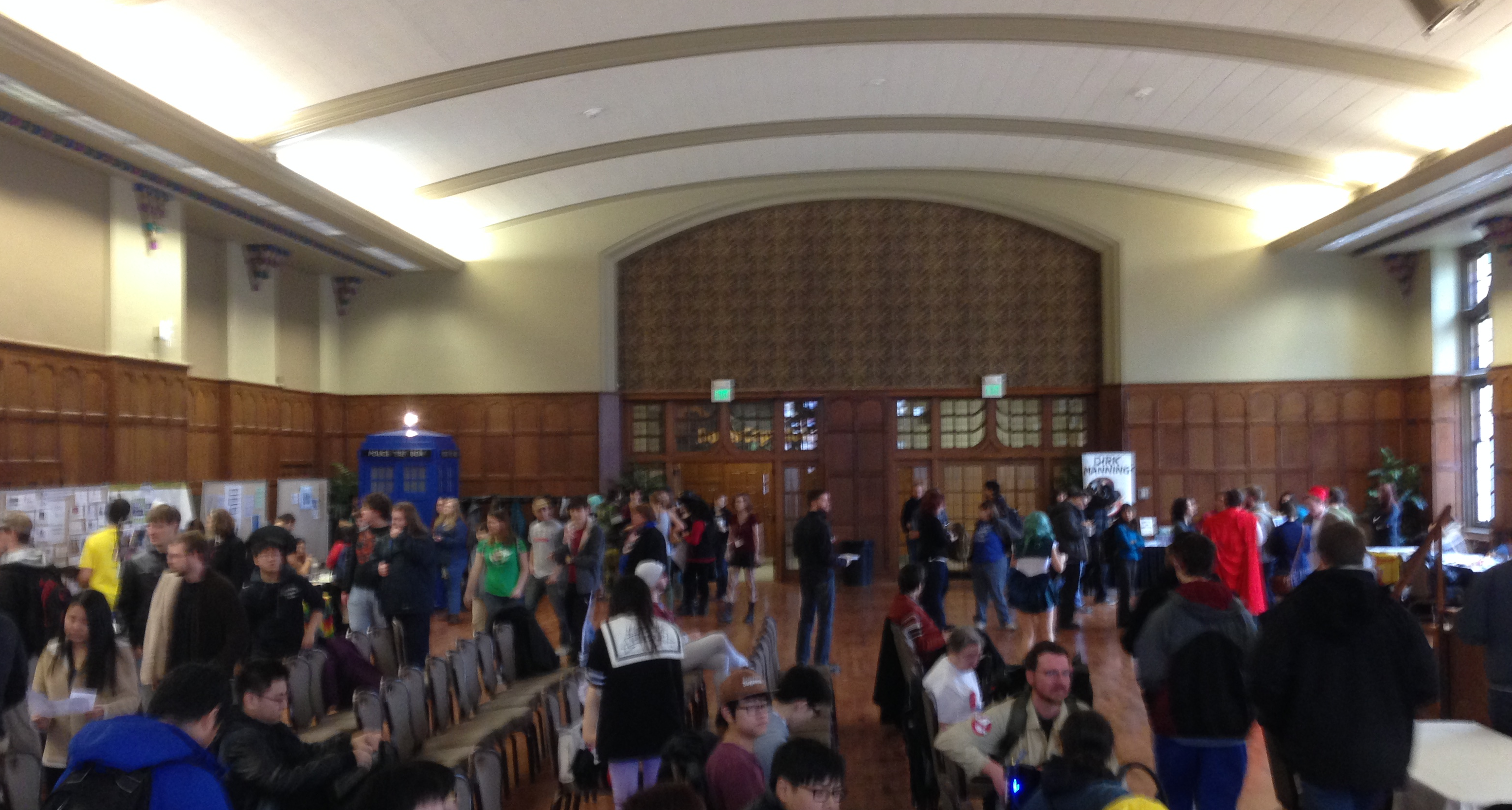 The first Comic Con Purdue (or Purdue Comic Con depending on where you look) was held this Saturday at (you guessed it) Purdue University in West Lafayette, IN. As I happen to live in the greater Lafayette area (and write about conventions here), I spent a pretty good chunk of my Saturday there.

And… well… I have a lot of opinions.

I first heard about Comic Con Purdue only a few weeks ago. My wife Crysta (a grad student at Purdue University) noticed a flyer for it on campus and immediately told me — as, y’know, I like conventions. I assumed I was just late to the party, but as I dug into it… apparently I wasn’t. In fact, the general response on the Facebook event page was that this whole thing came out of nowhere.

Well, it did and it didn’t, but we’ll get to that. 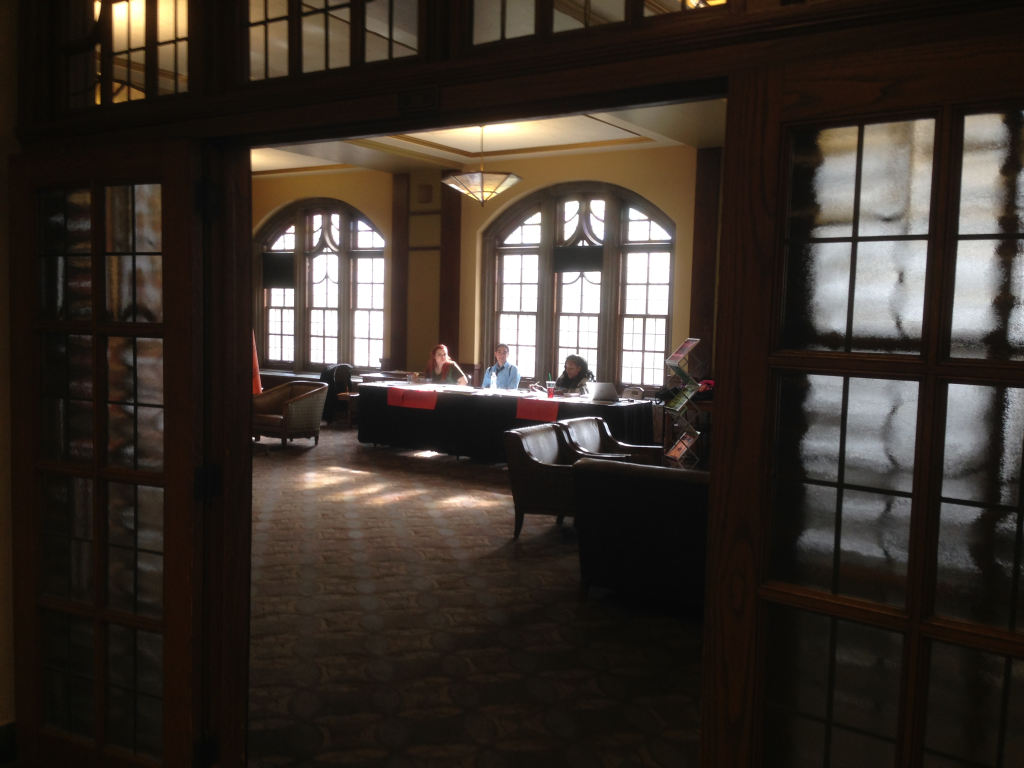 Comic Con Purdue was held January 31st 2015 at the Purdue Memorial Union, and it was free to attend. The first thing I noticed when I walked in was that it didn’t feel like a Comic Con. When you think about a small comic convention, the mental image that most people conjure is a flea-market style vendor room full of long boxes with, if you’re lucky, a programming track of panels in a side room.

That was not what you’d find at Comic Con Purdue.

There was, in fact, no vendor room to speak of whatsoever. There was a single local shop (Von’s) selling comics at the event, but their selection was largely graphic novels and their booth was small. None of the other Greater Lafayette comic stores were present. If I were to gauge a genre for Comic Con Purdue, I’d say it felt more akin to a general fandom convention with shades of Anime con thrown on top. Was this a bad thing? Absolutely not. But it does mean that the event was poorly named. 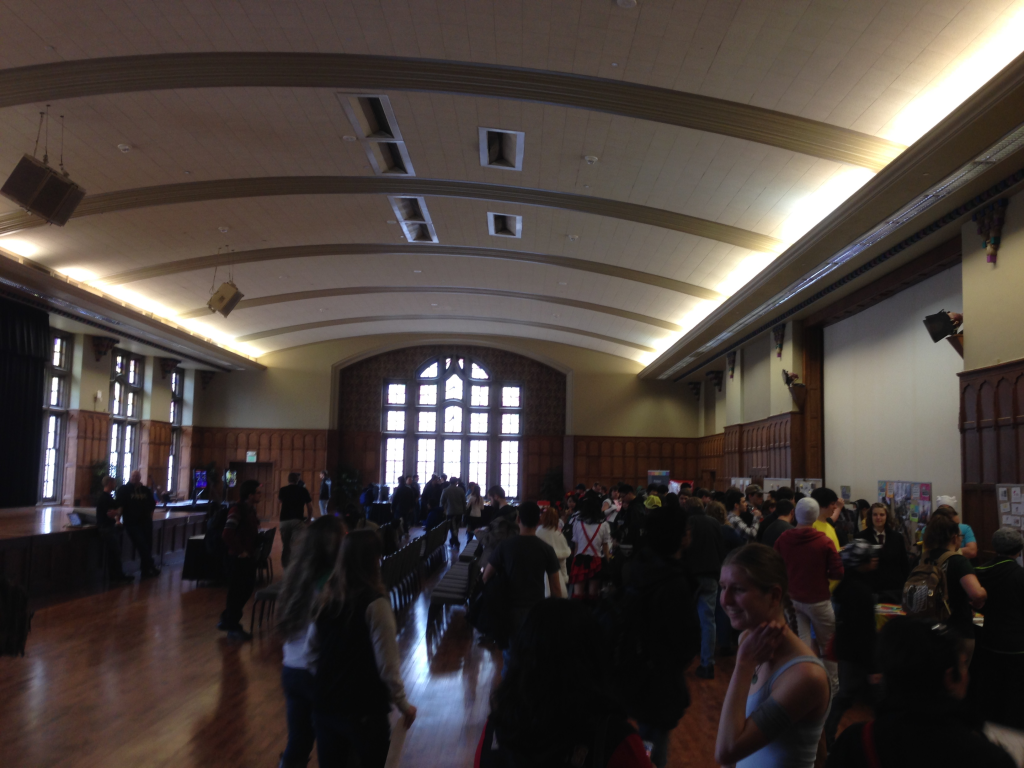 The convention had an odd layout, with the majority of it in a single ballroom. As you walked into the room, you might first notice a large seating area in the center of the room (pointed at the main stage on the left). Along the wall to the right (behind the seating) there was a row of tables. These tables were occupied mostly by University organizations (and the one vendor). To the left (closer to the door than the stage) were a few more tables, including Guest of Honor Dirk Manning’s. 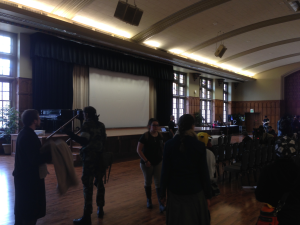 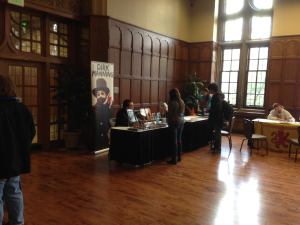 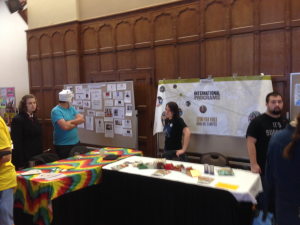 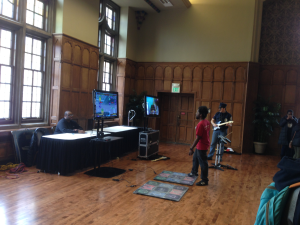 The rest of the convention was on the second floor. There was a screening room… sort of. It was exclusively showing The Simpsons Movie twice in a row. When I stopped by, there was just a single staffer watching the film alone. There was also a Tabletop gaming room, but they were only hosting YuGiOh and Pokemon tournaments. To be fair though, the room was busy and active, so I can’t really fault them on their limited selection.

Well, that and the convention was only four hours long. 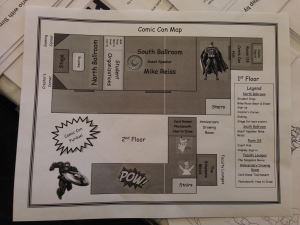 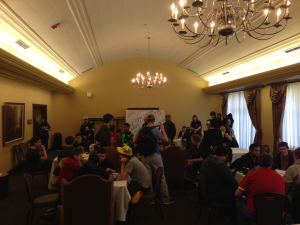 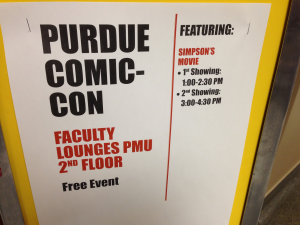 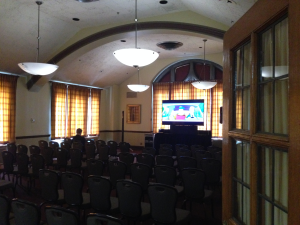 Okay, so technically it was a little longer than that, as the Mike Reiss talk was scheduled for 5:30PM, but everything else closed up at 5:00PM.

It’s hard to get a handle on an event this short, because while I would definitely call this a convention, it was exceptionally compressed. You’ll notice there was a distinct lack of panels or panel space listed above. This is because there honestly weren’t any.

The biggest complaint I heard from people in the hallways was that there wasn’t more to do.

The only events scheduled throughout the day were the two gaming tournaments (scheduled at the same time), a Wota dance by one of Purdue’s anime clubs, a panel on the mainstage with Dirk Manning, and the Cosplay Contest. 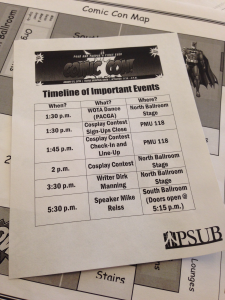 Well, I call it a Cosplay Contest (because they did), but it was the most Comic Con-esque portion of the event. Due to the con being exceptionally short, there obviously was no prejudging. While there were judges, they merely narrowed down the field, leaving the final winners to be picked by audience applause.

Just typing that made my head hurt a little.

Okay, I’ll admit it, I’m a bit of a snob when it comes to Cosplay contests. I helped organize them for years in varying capacities, so maybe it’s just my hatred of “applause picked winners” that’s fueling a twinge of Nerd Rage here — but c’mon. This isn’t 1997.

You may be asking yourself “Why wasn’t there more programming? Surely some of the University Organizations could have run panels.” The answer to that is simple: The majority of the other organizations had only just heard about the convention in the first place.

As previously stated the gaming room was focused on exclusively two events. I talked with one of the gaming club members who was organizing the room, and he stated that his club had only been contacted in December, just a month prior to the con. Talking with a member of the University’s Doctor Who club, they also hadn’t been contacted until recently either. If any of these groups had been fully integrated into the event, I’m sure a fan panel track of programming could have been easily built into the convention.


In fact, one of the biggest problems with this event seemed to be how close to the final deadline they actually did things. The convention itself didn’t see any widespread announcement until just a few weeks prior. I spoke with one of the convention’s organizers, PSUB member Cheyenne Chaplain, and she stated that the delay was done at the advice of her organization’s adviser. Apparently said adviser believed that they shouldn’t announce the event at all until all guests were finalized.

The convention’s lack of a website was also insane, considering even website set up on a free host is better than none.

In the convention’s defense, its lack of vendors was due to issues with the Purdue Memorial Union and allowing outside parties to sell at the event. It seems like they were only just barely able to resolve it with the single vendor they did have, and I can’t fault the con’s staff for the bureaucratic hoops required by the arcane nethers of a Big 10 university’s campus. 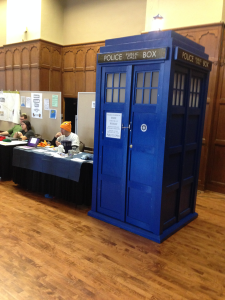 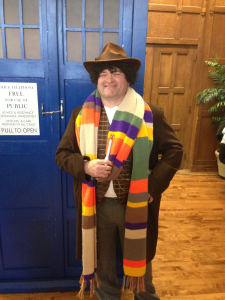 I don’t want to sound too harsh, because the staffers I met were earnestly trying to do their best. I think the criticism is being listened to as well.

And since the con only announced itself a few weeks ahead of time and it was exceptionally well attended, it means that there is a real hunger in this region for a convention. Heck, the level of cosplay at this con was on point, and with such little notice, that means that these were mostly cosplayers who pulled out preexisting stuff.

I think it’s well known I have a love of independent, small conventions. Out of the four conventions we listed as our “Best of 2014,” my personal choice was Nezumi Con, run by a group of students at MIAD. Some of you know that I co-founded No Brand Con, Wisconsin’s longest running anime convention. While I stopped actively staffing the con after the 2010 event, we originally began as a student run organization.

I want to see Comic Con Purdue succeed, but they need to take a hard look at what they’re doing and improve. I’ve been to several first year conventions which had similar roots on University campuses, and this one just didn’t measure up. There needs to be more outreach, more advertising, and more programming. Also, frankly, they need a better name.

I submit “Boiler Con” for their consideration.