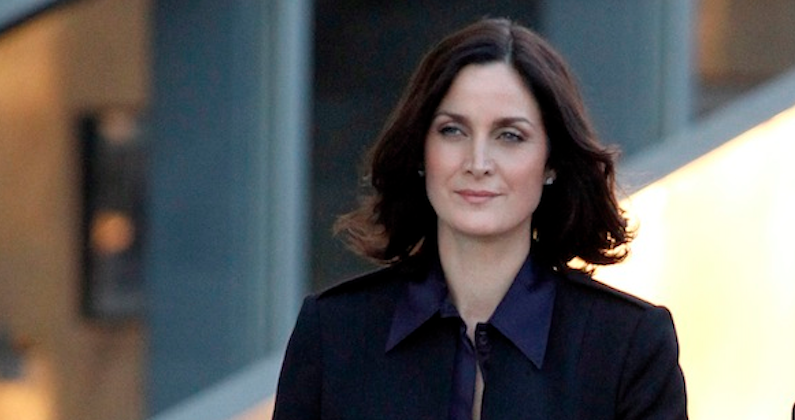 The news keeps coming about Marvel’s upcoming series AKA Jessica Jones, as the the latest news has Carrie-Anne Moss joining the show’s cast. The official name of Moss’s character has not been released, but CBR is saying she’ll be called “Harper.”

Moss, of course, is best known to most people for the role of Trinity in the Matrix films, but I’ll always prefer her spin in the role of Gertrude Verbanski on NBC’s Chuck. Because Chuck is one of my favorite shows ever made.