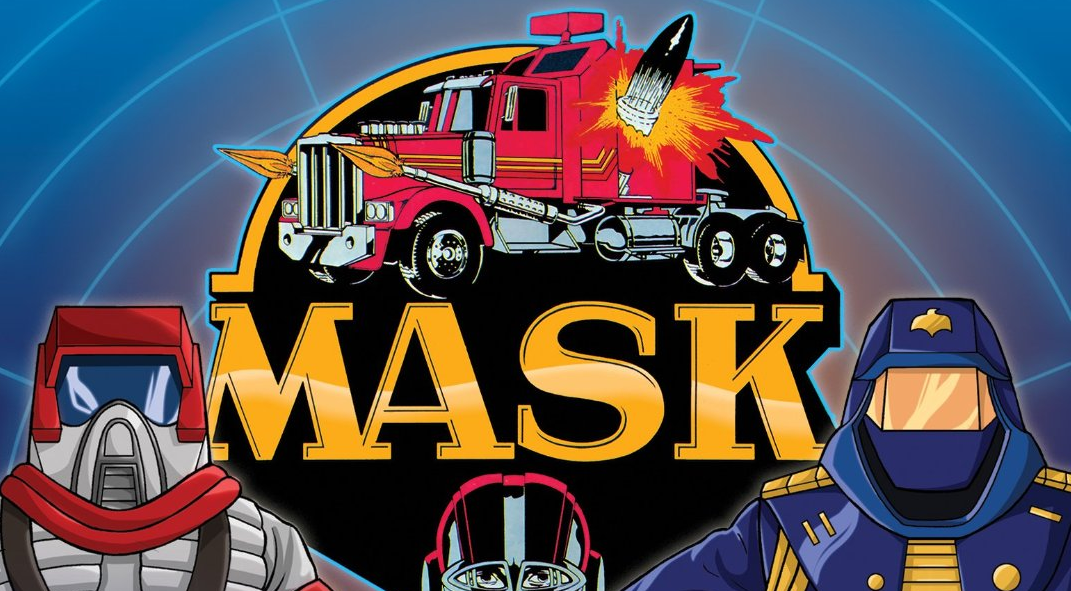 So you know how much I love crazy-ass rumors? Well today we’ve got a doozy. The scuttlebutt dujour is that the third G.I. Joe movie will feature at least a partial crossover with M.A.S.K., the other 80s TV/Toy property Hasbro currently owns. Apparently the Joes will bring in M.A.S.K. lead Matt Trakker to help fight Cobra.

No idea what M.A.S.K. is? Well, that means you were probably born after 1988. M.A.S.K. (which awkwardly stands for Mobile Armored Strike Kommand) is kind of halfway between G.I. Joe and Transformers. The toyline/show featured vehicles that transformed into other vehicles and were driven by, y’know, people.

And M.A.S.K. was awesome (or at least to those of us who just happened to be in the target demo when the show came on the air), but unlike G.I. Joe it kind of disappeared after its initial run. That means that it’s a pretty narrow cross section who might get nostalgic for a return.

Again, this is all rumor. None of this may happen.

But I totally want it to happen.