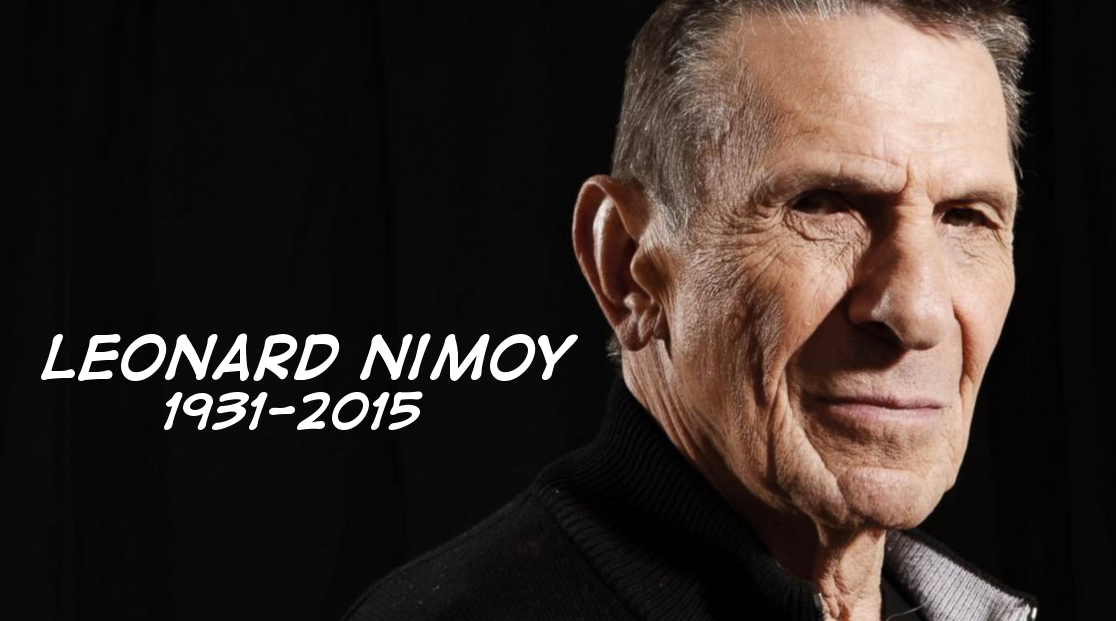 Leonard Nimoy passed away this morning in his home. His death was due to his battle with chronic obstructive pulmonary disease, which he had also been recently hospitalized for. He was 83 years old.

It’s hard for me to describe how much a man I’ve never met has meant to me. It took me twenty minutes to write the first sentence of this article. I remember as a kid watching reruns of the original Star Trek and just being in awe of the man. When my brother, sister and I would play pretend, my older sister always wanted to be Captain Kirk (because she wanted to be in charge) and my younger brother pretended to be McCoy.

I think my siblings must have thought it was because that’s what was left, but no — he was always my first choice. Growing up I, like many of the people who read this blog, was an outsider. I never really felt like I was a part of what was around me, and Spock, a half alien alone on a ship of humans, was who I related to. But Spock still found a place there, and that gave me the hope I needed. I knew that I would find my place.

And that, in many ways, saved my life.

Leonard Nimoy never knew me, but his performance on that show is part of why I’m still here typing these words. He touched so many people, and the world is a little less bright without him.