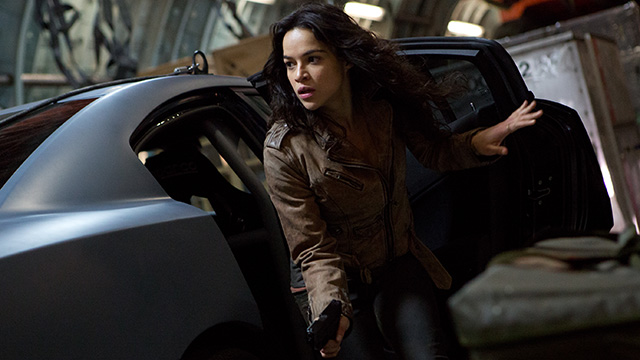 After several weeks of rumors that DC’s Justice League film might cast Michelle Rodriguez as a Green Lantern, TMZ caught up with her to ask about these rumors Rodriguez proceeded to shove her foot in her mouth.

“I think it’s so stupid… this whole minorities in Hollywood thing, it’s so stupid. It’s like, stop stealing all the white people’s superheroes. Make up your own.”

Rodriguez would later clarify that she felt would rather creators make new characters rather than changing the backgrounds of existing characters, but here’s the thing, they’re fictional characters. The backgrounds of these characters are changing and being re-written all the time, even if their sex, race or sexual orientation isn’t being changed.  These characters don’t have to be one race, or sex or anything else, because like any mythological character, there is never one definitive version.

I think the only thing more disturbing than Rodriguez outlook is how many comic reading racists have already rallied behind her.