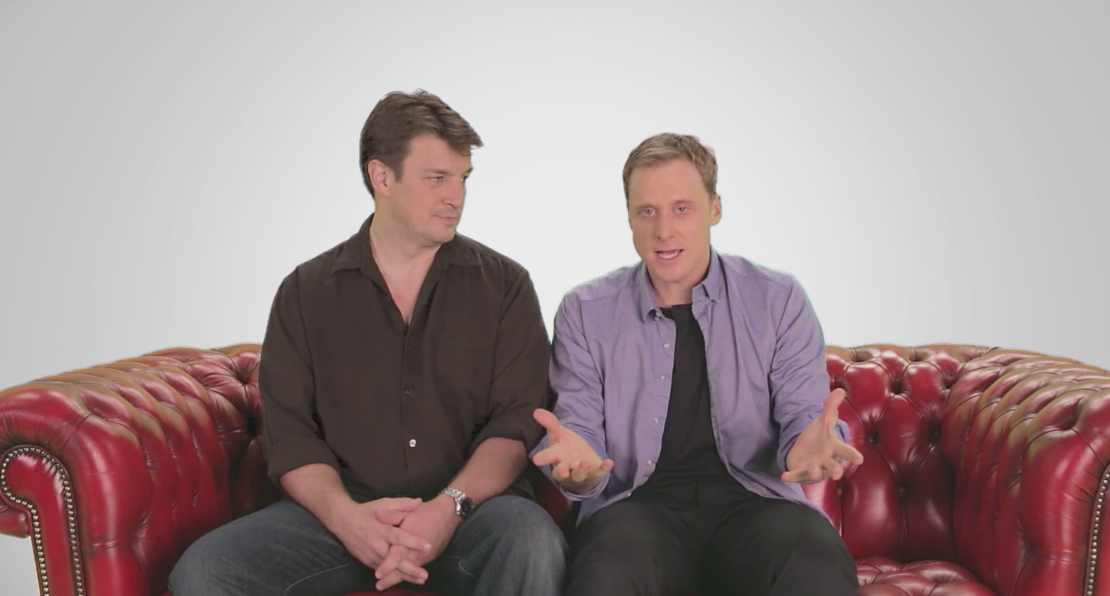 On Tuesday, Alan Tudyk and Nathan Fillion rolled out an IndieGogo campaign for a new webseries written by Tudyk titled “Con Man.” By Wednesday night, it reached 200% of its goal. And the numbers keep going up.

So this is a thing that is totally happening.

Con Man is a webseries that will follow an actor (played by Tudyk) who had co-starred as the pilot on a science fiction show that was cancelled far too soon. Fillion will play the actor who was the Captain on said series. If this is sounding familiar, it should.

Fillion’s character will have gone on to great fame and success, but Tudyk’s character has been toiling in obscurity, making his living doing convention appearances.

And, as I have long insisted, the people running conventions are probably the most entertaining and weird part of any event.

Here’s the introductory video for the campaign:

You can find the Indigogo campaign here, and the campaign runs until April 10th if you still want to contribute.