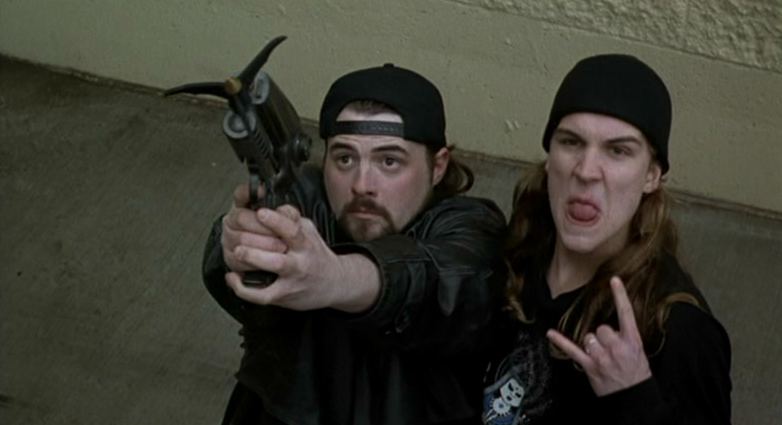 So THR is reporting that Kevin Smith is working on Mallrats 2, and that he’s completed about half the script. At first I was mildly excited, but the more and more I think about it, the more trepidation I have about the idea.

Because I’m not sure Clerks 3 is a good idea.

I’m having a bit of a flashback here, because this is the same reaction I had when it was announced that Kevin Smith is also currently working on Clerks 3.

Clerks 3 came about because of either the abject failure or moderate success of Tusk, depending who you ask, and Smith’s spinoff of Tusk, titled Yoga Hosers, comes out this summer. Clerks 3 begins production shortly, but Smith’s return to the well with Mallrats 2 won’t happen until after he finishes the miniseries Hit Somebody this fall and Moose Jaws (the follow up to Tusk/Yoga Hosers) in early 2016.

But I still have to ask, do we really need this? I mean, Mallrats was the most stand alone film of all of the 90s Viewaskewdom… does it really need a follow up?

Are malls even a thing people go to anymore?