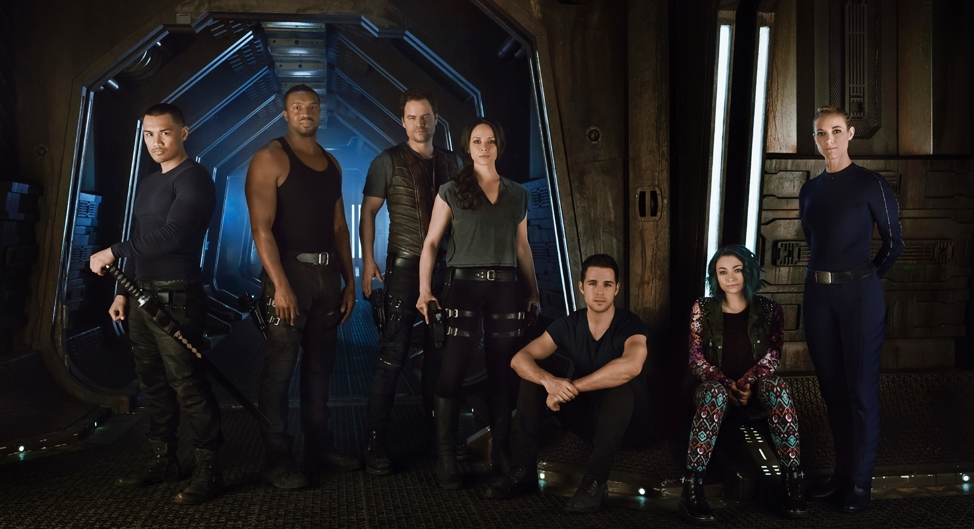 One of the best programming blocks on cable television was the Syfy’s (well, SciFi Channel’s) SciFi Fridays — where the channel would showcase their original programming (and occasionally some Canadian show they bought and pretended that they made themselves).

But then wrestling happened, and it all went away.

The best night in television got transformed into… well… the not even the best night in television for Wrestling fans (as a friend of mine made a point to tell me Smackdown is far inferior to RAW – and I’ll take his word for it). But earlier this month we got some good news: Syfy was ditching the WWE. We had hopes that the night would return to it’s old SciFi/Syfy Friday roots…

..and for once I wasn’t disappointed by a major media company.

On June 12th, the block returns as SyfyFriday — with a two hour season premiere of Defiance followed by the series premiere of Dark Matter. Both of these shows sit nicely in the realm of actual science fiction, so I think that’s pretty exciting. Defiance (which will be starting its third season) is, of course, about a post-Alien invasion/settlement Earth, and Dark Matter tells the story of a group of strangers who wake up on a spaceship with no memories and no idea why they’re there.

And it looks really cool.

It’s so nice to see Syfy return to its roots, and I for one welcome this move by the network. Hopefully the ratings end up supporting the decision so we can see a block like this continue for years to come.

I mean, assuming the shows are good and all.