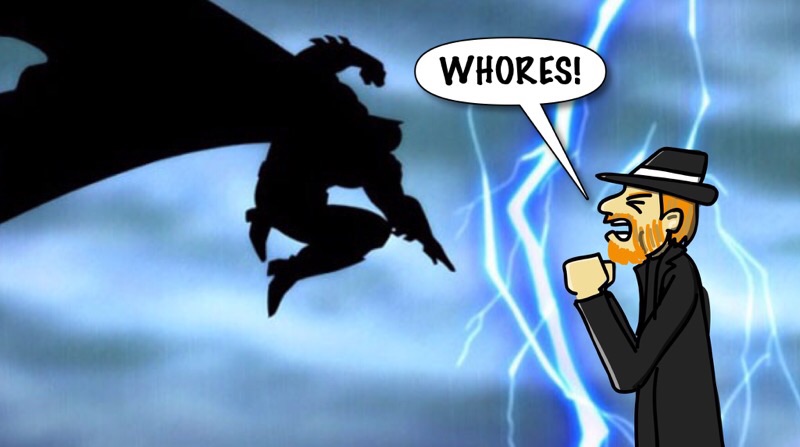 DC has decided that modern perceptions of Batman aren’t grimdark enough, so they’ve decided to go back to the well and have Frank Miller write another Dark Knight installment.

While the original Dark Knight Returns is a classic, the follow up Miller wrote in the early 2000s was mediocre at best. And what do they plan on calling this unnecessary sequel? The Dark Knight III: The Master Race.

Honest to god, you can’t make this stuff up.

Brian Azzarello will cowrite the series, and no artist has been announced yet. The first issue should hit shelves in the fall of this year.

One thought on “Frank Miller Writing ‘The Dark Knight III: The Master Race’ Because Everything is Terrible”