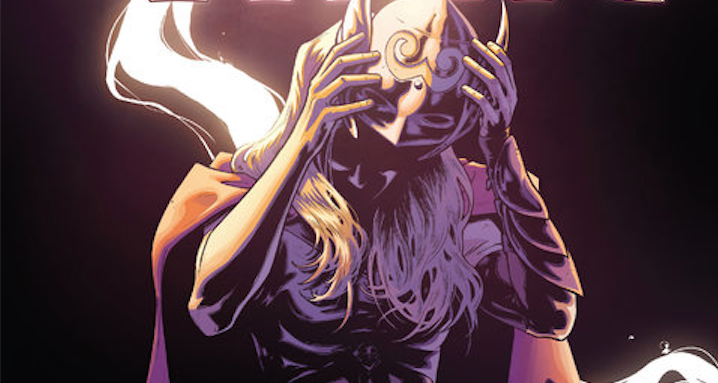 One of the major plotlines since the introduction of the woman currently wielding Mjolnir has been figuring out who exactly she was. Marvel will, of course, be providing that answer in tomorrow’s Thor #8 — but since review copies go out early, we actually have that answer now.

And I’m going to tell you.

Well, I mean, only if you want spoilers. If not, and you’d rather wait until tomorrow, you should probably stop reading right about now.

Still with me? Good.

What we now know is that it is, in fact, the Asgardian Thor’s ex-girlfriend Jane Foster. Jason Aaron, the writer on the book, told the New York Times:

“Jane Foster has been part of the Thor comics and the Thor mythology from almost the very beginning,” Mr. Aaron said. “The very act of picking up this hammer, of becoming Thor, is killing her. Where we go from here is the real story.”

You see, Jane Foster has been suffering from breast cancer, and the implication is that Mjolnir is the reason.

It’s a complex story to tell, as Jane will have to choose between her health and saving people. It also though goes back to the idea that her reign in the role is only short term, and that Thor himself will eventually become Thor again.

That sentence hurt me to type.

It’s disappointing though, as that means the change is likely impermanent. It means Marvel’s editorial team lacked the courage to stick with this sort of move, and milquetoast appeasement does not equal an actual commitment to diversity in comics.

But hey, at least we’ll get a good story out of it.