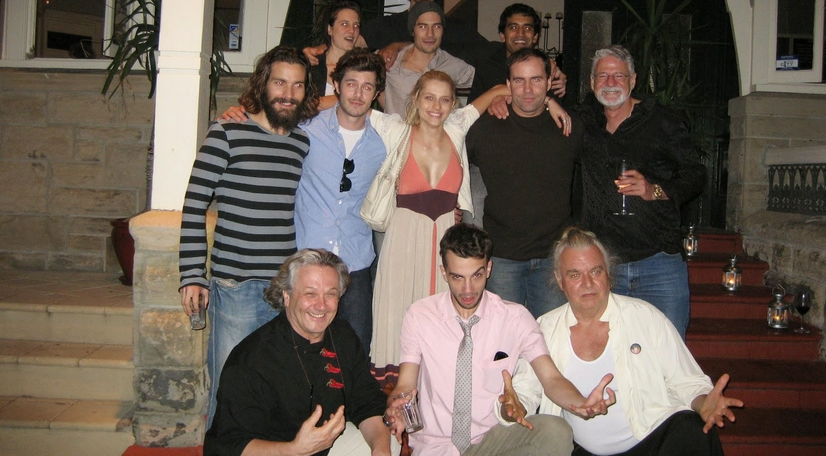 Most readers of this blog are fully aware of Warner Bros and DC’s current plans to make a Justice League film. What a lot of people don’t remember is that we almost had one a half dozen years ago or so.

Titled Justice League Mortal, it would have been directed by George Miller, and a complete cast was assembled including D.J. Cotrona as Superman, Armie Hammer as Batman (which was weird as Bale was still starring in Nolan’s trilogy at the time), Megan Gale as Wonder Woman, Common as Green Lantern, and Anton Yelchin as a Wally West version of the Flash.

Warner Bros pulled the plug just before shooting was to begin in February 2008 because a myriad of factors (including an inability to change the script with the writer’s guild strike), so cast photos like the one at the top of this post are the only remains of the film.

Director Ryan Unicomb and producers Aaron Cater and Steven Caldwell intend to capitalize on this interest, and have announced plans to make a documentary about the rise and fall of Justice League Mortal.

They’ve yet to ask George Miller for his cooperation on the project, and you can guarantee it’d be necessary for the documentary to be producible. I hope he agrees to work with them though, as I’d love to know more about the nitty gritty behind it… along with what might have been if Warner Bros hadn’t gotten cold feet.

…because I can guarantee it’d be very different than what we’re getting now.

Via if.com.au, Photo Via Movieweb