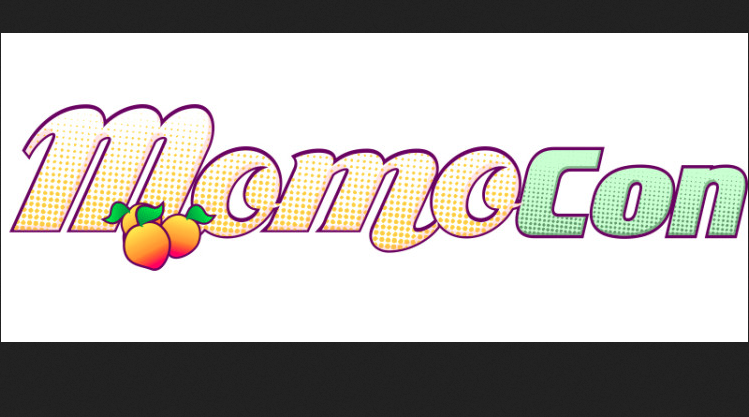 When you find yourself being sexually harassed at a convention, you usually assume that reporting it to the con’s staff is the best thing to do — that you’ll find a sympathetic ear that (at the very least) wants to make you feel better and tries to help you out.

Well that’s not exactly what happened for cosplayer Luna Lanie at MomoCon this weekend in Atlanta, GA.

You see, after being physically groped by a harasser, not only did MomoCon staff give her an initially lukewarm response, but then the con’s security staff began to repeatedly harass her and tell her that it was her own fault for wearing revealing cosplay.

She goes into detail in the video embedded below, and has made additional statements on Facebook since: 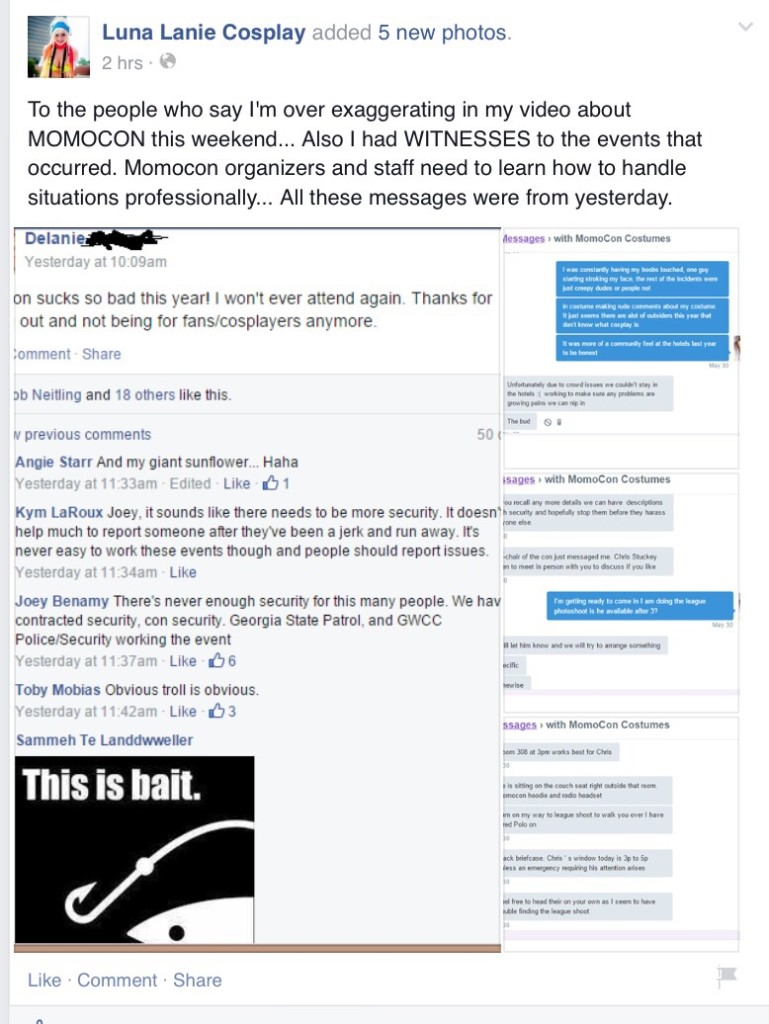 Now this is clearly unacceptable behavior for a convention staff, and it’s just mind boggling to try to figure out why exactly any of this was considered a good idea by MomoCon’s operators.

Mostly it’s just disappointing to see a con in this community treat one of their attendees like that.

Update: Another cosplayer has come forward to report that con security staffers slapped her butt without consent (around the 8 min mark).

37 thoughts on “MomoCon Attendee Reports Harassment, Gets Harassed By Staff”