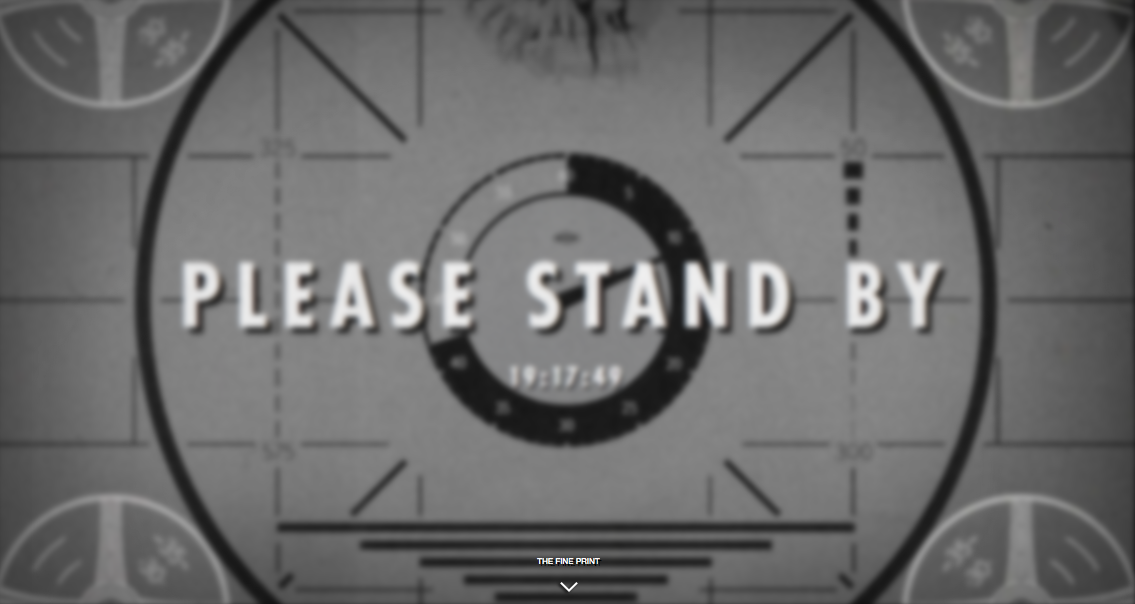 If you’re like me, you spent waaaaaaay too many hours back in 2008/2009 sitting in front of your 360, lights dimmed and eyeballs bleeding as you roamed the post-apocalyptic wastelands of Washington DC in Fallout 3. When you finished, you wanted more. MORE. Sure, Fallout: New Vegas was alright,  but it just wasn’t the same as Bethesda’s masterpiece.

After years of petitions, DEMANDING that Bethesda just give the people what they want, it appears that…something is about to be announced?

Yes, earlier today Bethesda launched a 24 hour countdown timer that is leading up to what most are assuming is the announcement that Fallout 4 is indeed happening. Or it will be an announcement about an announcement. E3 is only two weeks away, and most gaming journalists figured that would be a pretty good time to give some basic information.

Or maybe Bethesda is just screwing with all of us and we’re about to see what’s for lunch in the cafeteria next week.

At any rate, we’ll find out whether or not to stockpile our bunkers for the apocalypse tomorrow morning.

Update: The link now takes you to the Fallout 4 trailer. Rejoice!