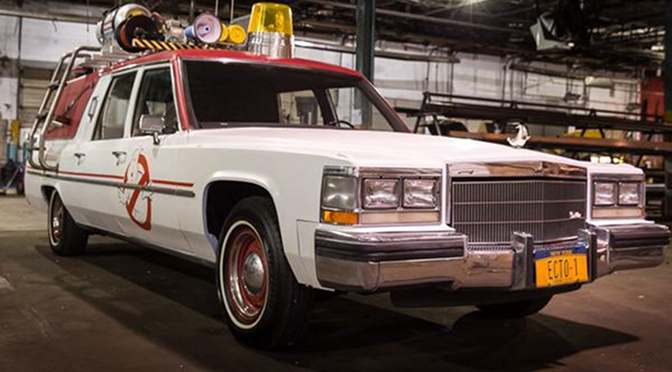 So Paul Feig just loves teasing us with little things from his upcoming reboot/remake of Ghostbusters. First it was the uniforms, then it was the proton packs, and now — the new Ecto-1.

Paul Feig recently tweeted out the follow image of the new iteration of the Ghostbuster’s primary means of transport:

He also posted a shot of the back:

The car itself looks like a mid-eighties model hearse (1984?), which makes it about 30 years old. Considering the original Ecto-1 was about 30 years old during the original film… that seems perfect. Honestly, the look of this film at the very least seems to be coming along perfectly. Vulture tweeted a photo of Melissa McCarthy in the new uniforms too — letting us see what that actually looks like on a person.

We still don’t know if the film will be any good, but at the very least Feig seems determined to please fans of the original.