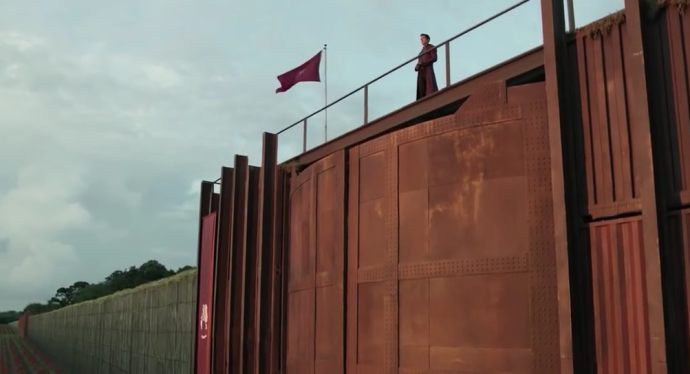 AMC put out trailers for a bunch of their shows during SDCC, but we didn’t bother reporting on a lot of them because… well… there wasn’t much to say (“The group seems to have conflict at their current home plus a bunch of out of context zombie killing” describes 90% of all Walking Dead trailers). One show that is a bit different is Into the Badlands though, which premieres this November. What is Into the Badlands? Well, as far as I can tell, it’s a post-apocalyptic samurai western set in a future where the United States is ruled by seven warlords.

That’s what I knew going into this:

So we’ve got an honor bound assasin warrior who wants to leave his employment? A woman warlord is trying to hunt down some random guy? Motorcycle? Big action shots? I mean, we really don’t learn much, and I have no idea if this is going to be a winner. Will this be AMC’s next Walking Dead or will it be AMC’s next The Prisoner?

Guess we’ll find out this fall.