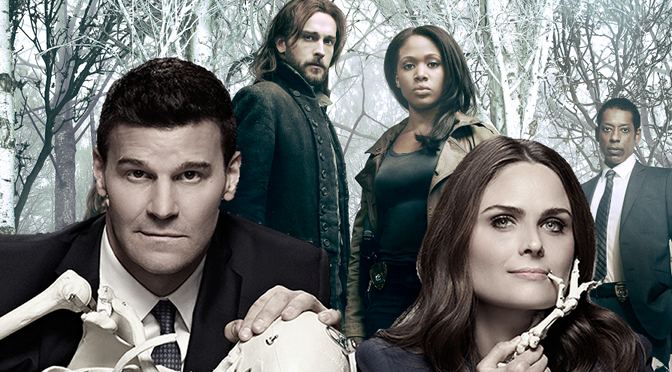 If you’ve ever thought to yourself “What is the weirdest TV crossover I can think of,” you might have come up with something that is actually going to happen: Dramedy crime procedural Bones is crossing over with apocalyptic modern fantasy series Sleepy Hollow.

EW is reporting the two shows have a crossover planned which will air late in the 2015-2016 season. Sleepy Hollow and Bones are going to air on the same night starting this fall (Thursdays), so at least the scheduling of the crossover will make sense.

Y’know, unlike the entire friggin’ idea.

While Sleepy Hollow has some light banter between the leads, to think that everything happening in Bones exists in the same realm as the Headless Horseman and the world almost ending is… just weird. On the upside, it means that one time Booth saw the ghost of his dead friend who helped save his life it might not have been a brain tumor hallucination…

…oh god, why do I know things like that?