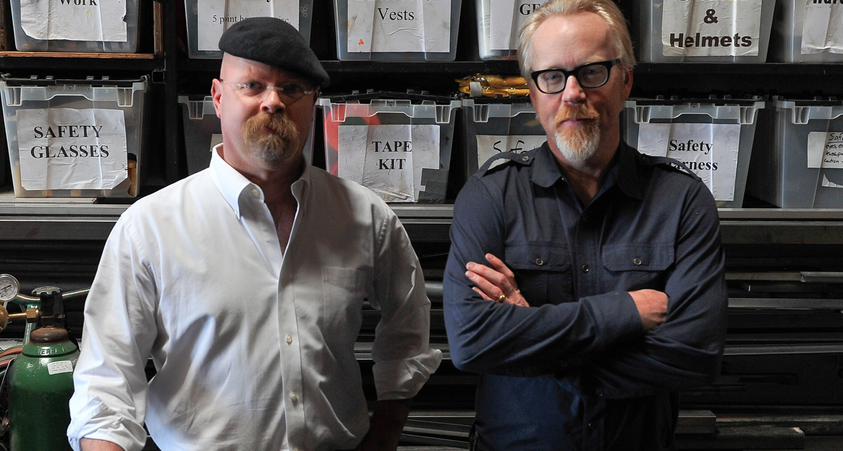 No, you’re not having a stroke – CBS is currently developing a pilot for a spy TV show based on Mythbusters. THR is reporting that the show’s premise is kind of like F/X meets Chuck:

The untitled drama… revolves around two Hollywood special effects artists who are recruited by the CIA to complete seemingly impossible covert ops missions by creatively using the most basic tools from their craft.

There’s currently a script commitment for the pilot, and both Adam Savage and Jamie Hyneman would be executive producers if the show gets picked up. Lilla and Nora Zuckerman (best known for their work on shows like Suits and Human Target) are writing the script.

I mean, it’s not the worst idea for the show, but it’s kind of out of left field. Let’s find out if it actually happens.