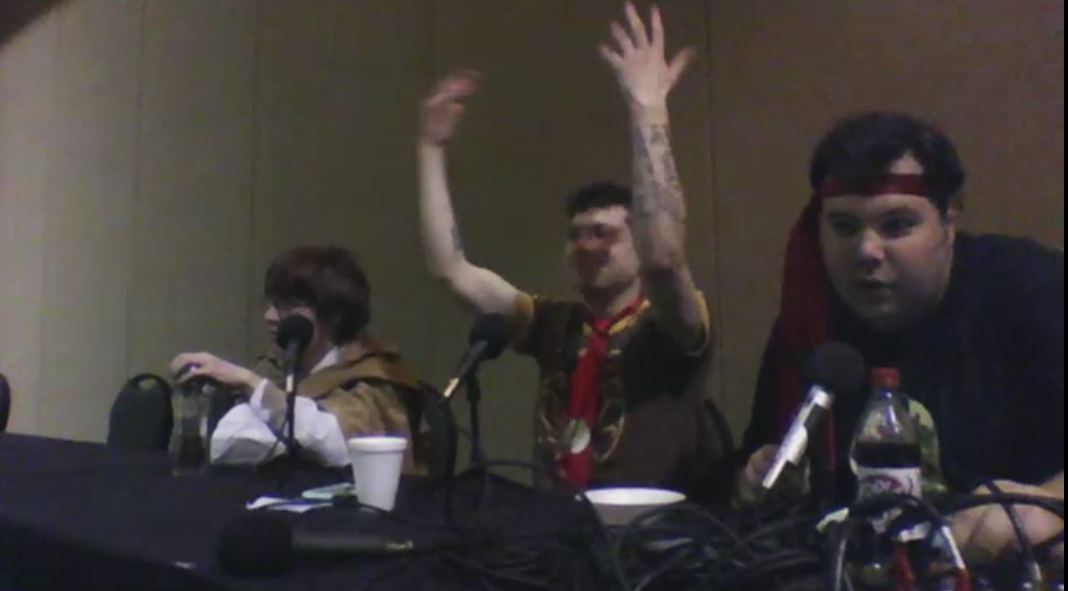 On this episode we come to you live from Geek.kon 2015 in Madison, WI! We also have a massive announcement — and that’s the Nerd & Tie Expo! It’s kind of a big deal for us.

Don’t worry — we also talk about current geek news too, including the sad news that Yvonne Craig has passed away, Hallmark’s tasteless and poorly timed Spock ornament, Fantastic Four’s production difficulties, a spy drama based off of Mythbusters might be in the works, the Constantine/Arrow crossover being a thing, and Misha Collins’s very bad day in Minneapolis.

Also, Trae shaved off his beard and it looks super weird.