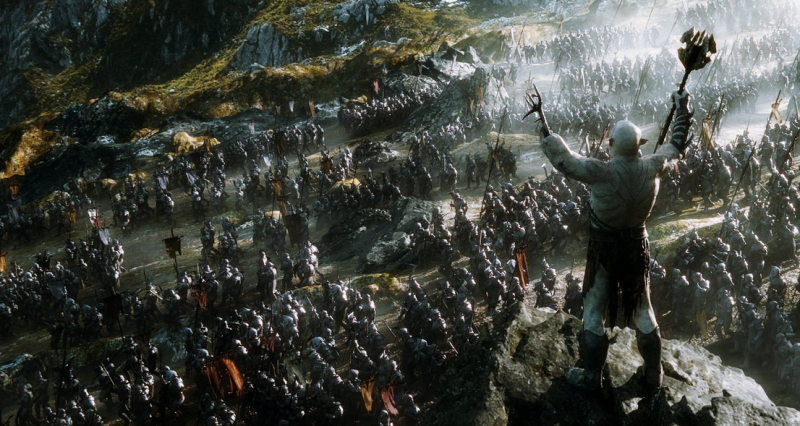 The Mega-Blog
August 26, 2015 Trae Dorn 0 Comments Peter Jackson, The Hobbit, The Hobbit: The Battle of the Five Armies

Who all wants an R rated cut of The Hobbit: The Battle of the Five Armies? Well, if you said yes, you’ll actually be able to get one this fall.

The Wrap is reporting that the extended cut will be bumped up from it’s PG-13 rating due (most likely) to violence. As the extended cut is only about a half hour longer than the theatrical cut… that’s gotta be a pretty violent half hour.

Considering Peter Jackson’s splatter-film background, I guess we shouldn’t be too surprised. It’s easy to forget Jackson spent his time making low budget horror movies after six Tolkien films, but that’s where he got his start.

The Hobbit: The Battle of the Five Armies Extended Edition comes out November 17th.