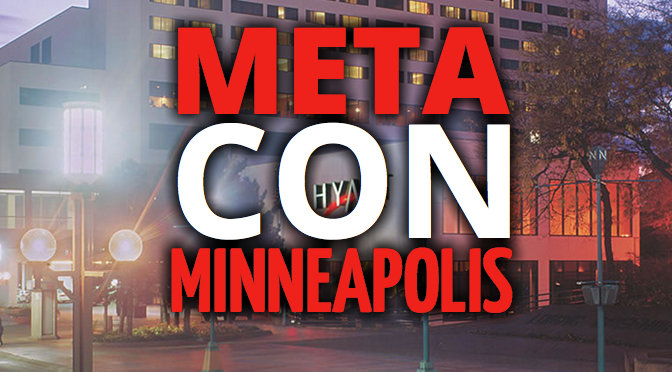 During this last weekend’s MetaCon in Minneapolis, a fist fight broke out. It wasn’t between a couple of angry teenagers, nor was it between belligerent drunks who had a few too many at the hotel bar. No, it was between MetaCon owner and AnimeCon.org CEO Ryan Kopf and vendor David Silvieus of “PLUSH in the USA.”

And it happened in the vendor room while it was open on a Saturday.

The incident is, frankly, an amazing one. We’ve talked to both sides along with a couple of witnesses, and tried to piece together what we believe to be the most accurate account of what happened. We also think it’s safe to say that there is no hero to this tale, only degrees of villain.

But I don’t think anyone is surprised by that.

According to both Silvieus and Kopf, the situation began on Saturday of the convention when MetaCon staffers approached Silvieus about bootleg plushies being sold at his table. Silvieus refused, and even according to his own account, demanded the con point out which plush toys were bootleg on his table.

Now, I’ve been working conventions for almost twenty years (full disclosure – Nerd & Tie is currently starting a new one), and this is pretty much the exact reaction every single bootleg toy seller has when you confront them. Kopf claims Silvieus got extremely agitated and yelled at the MetaCon staffer, which is pretty much the usual bullying tactic employed by most vendors caught violating their contract (especially when confronted by a young staff member) — so I believe it. As it was well within their rights, MetaCon staff decided to ask Silvieus to leave the event.

Silvieus, in a crowning moment of jackassery, then stated that he would only leave if the police made him.

That’s a thing that really happened, and it’s such a bizarre move that if Silvieus hadn’t told us himself directly that he did that I wouldn’t have believed it. I mean, even if the convention is wrong about whether or not you’re selling bootleg items, almost every dealer contract I’ve ever read gives the convention the right to boot a vendor from the venue. Hell, most have language where they technically don’t even need a reason to do it. The fact that Silvieus insisted that the police be the ones to ask him to go has me at a loss for words.

Like I said, there are no heroes in this story.

AnimeCon.org staffers then proceeded to place chairs in front of Silvieus’s PLUSH in the USA table and sit in them to block access to the booth. Was this a good idea? Not even close – and Kopf stated that after this incident, it’s a policy they will no longer execute.

It is at this point that the stories diverge slightly. We are including what we believe to be the most accurate account of what happened, but Kopf opted not to give a detailed chain of events of the incident, stating:

My lawyer would advise me not to get into specifics, as a crafty opposing lawyer could easily twist even a well written account.

Silvieus, who was admittedly angry attempted to move the chair that Kopf was sitting in. Kopf claims that Silvieus was trying to “clobber” him, while Silvieus claims to have had no physical contact with Kopf.

Regardless, at this point, Kopf had the opportunity to step away from the incident and de-escalate the situation. The police had already been called, and all Kopf had to do was wait. That is, of course, not what happened.

Silvieus alleges that Kopf then stood up and came at him, punching Silvieus five times. Silvieus states that he then tried to defend himself, and found himself tackled by, and I quote, a “400 pound plus guy and other volunteers of the show.”

I don’t know the exact weight and size of all of Kopf’s staff, but I’m assuming that might be hyperbole.

Whether or not you think Silvieus (in his attempts to move Ryan’s chair) was trying to start a physical confrontation is a hard call to make – regardless, if what Silvieus alleges is true, Kopf’s response of striking Silvieus repeatedly seems inexcusable. Silvieus says he has stayed behind in Minneapolis a few days and obtained legal counsel so that he can press charges again Kopf.

As I said, there are no heroes in this story.

This whole thing, honestly, is just kind of amazing. Kopf is, of course, no angel. Between his iffy professional reputation and his pretty gross personal one, it’s easy to believe the worst of him. Silvieus also comes off as an entitled jackass – criticizing Kopf’s age for reasons I can’t begin to explain. Apparently Silvieus is of the opinion that people in their twenties shouldn’t be running shows — which would be news to most of us who attend cons in the region. Half of the cons in Wisconsin and Minnesota are run by people in their twenties (and many of the ones that aren’t were started by people in their twenties).

Hell, I was much younger than Kopf when I ran my first convention.

Taking all of this into account, I am prone to believe Silvieus’s version of events though. He just seems too oblivious of his own entitled, arrogant idiocy to bother making anything up. Silvieus openly admits to some of his worst behavior in the situation without blinking, completely unaware that he was in the wrong at many points in his account.

And while I don’t want to let Silvieus off the hook (and I’d certainly never allow him to vend at any show I run at this point), Kopf’s physical overreaction is inexcusable. If you weren’t already questioning the safety of attendees at his shows, it’s impossible not to do so if the organizer himself is physically attacking other people at events.

The biggest take away from all of this seems to be, at least for me, just plain old schadenfreude. Two relatively terrible people got into a fist fight — and it’s hilarious. No matter what happens with the legal course of events, we will now always have the day when a sketchy con runner got into a fist fight with a sketchy vendor to look back on fondly.

In a story filled with only villains, no matter the outcome, the rest of us win.