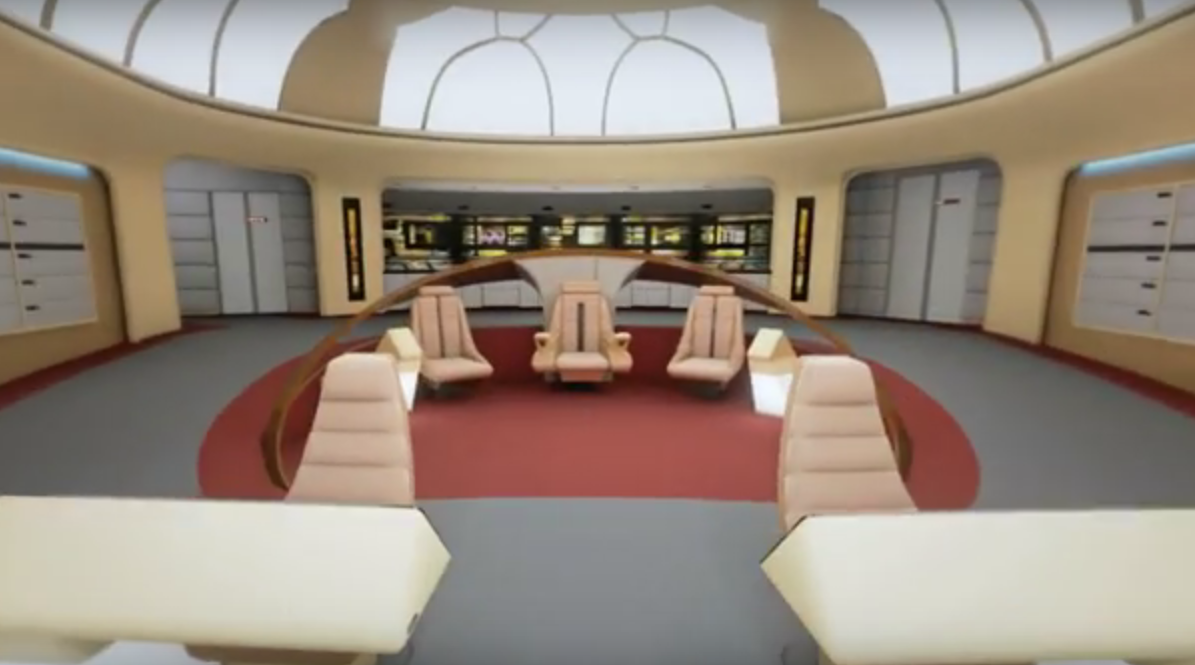 Have you ever wanted to be able to explore the USS Enterprise NCC-1701-D from Star Trek: The Next Generation? I definitely have. I mean, the fictional ship only ever existed in fragments on a Paramount studio backlot, but to those of us who are fans of the show… it felt real. That Galaxy class vessel was meant to be the home of over a thousand people, and there just must have been so much to explore…

…I mean, if it had ever existed.

Well, I’m not alone in that feeling it seems, as there’s a guy out there diligently toiling away at building a complete, to-scale version of the Enterprise D with the Unreal Engine. Using both Rick Sternbach’s official and Ed Whitfire’s unofficial blueprints as the basis (along with the guy’s own personal interpretations), the goal of the project is to produce a lived in, true to the show version of the ship you can take a virtual stroll through.

The creator has put up a short walkthrough that explores the massive (and never seen on TV) Shuttlebay One, and then walks up through a few decks to the familiar bridge. I couldn’t help but smile when I watched it myself.

The main point seems to be creating an environment you can explore with an Oculus Rift VR headset, and you can imagine exactly how cool that experience would be.

You can learn more at Enterprise3DProject.com.