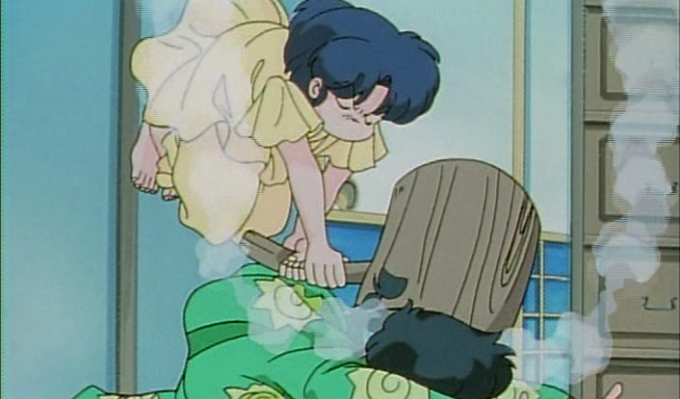 THR is reporting that Warner Bros has picked up Mike Van Waes’s science fiction spec script Hammerspace. Dan Lin is producing the film, and the plot, according to the article, is pretty straight forward:

The story is set in motion when a terminally ill teenager, while searching for answers about his missing father, finds a mysterious key that unlocks a portal to an alternate animated dimension, releasing an unexpected new friend who helps him repair his broken family.

So that all sounds fine, probably touching with the whole terminally ill kid thing, and it might even be good… but can we just spend five seconds to talk about how the title is a Ranma 1/2 reference?

I mean, that’s where the term “Hammerspace” originated — the English language Ranma 1/2 fandom termed it to refer to where Akane kept her hammer. Since then it’s been adopted to refer to where any character in any series keeps objects seemingly impossible to have on hand… but still.

And you know what? In all honesty the plot sounds like someone took their self-insert fanfic, scrubbed the names from their favorite anime series, and made the protagonist terminally ill for a kicker. That doesn’t mean the film will be bad, but c’mon.