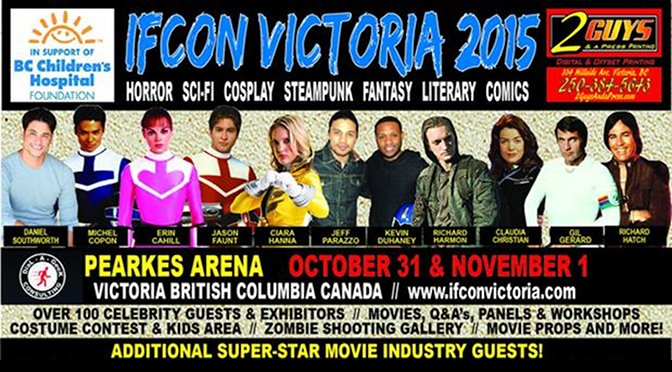 IfCon Victoria was originally scheduled to run this weekend at the Pearkes Recreation Centre in Victoria, BC. Sadly, this is no longer the case.

Earlier this week event organizer Bill Code collapsed and had to be taken to the hospital. Code had apparently been suffering from health issues for some time prior to the collapse, and even though a reported $84,000 (which is, y’know, a lot for a convention) of Code’s own money had been sunk into the event, the staff decided to shut down the event.

Bob Lynn confirmed on Facebook that the event had been cancelled, and that due to the non-refundable costs already sunk in, not everyone would be able to get a refund. The Facebook post announcing the cancellation has oddly been pulled, but Otaku No Culture has an archived copy.

Honestly? As a person who has worked cons for a couple of decades… this is kind of a weird one. I understand a convention being more difficult to run without its main organizer, but if the money was already paid into the convention, it’s hard to believe it couldn’t still be run. $84,000 (even in Canadian dollars) is a pretty large budget, which means one of two things — it’s a big enough convention where there should have been plenty of people willing and able to step in, or there is something else completely wrong with this event unrelated to Code’s collapse.

While we hope for the best for Mr. Code and his family, something just feels off about this entire situation.

Update (10/29, 8:40pm): Besides the hinkiness of all of the con’s official websites evaporating, more changeups keep happening. Originally Bob Lynn (using Bill Code’s Facebook account) directed queries to a “Ken Twyman.” Well, according to a Facebook post, Twyman is no longer the person to reach out to. 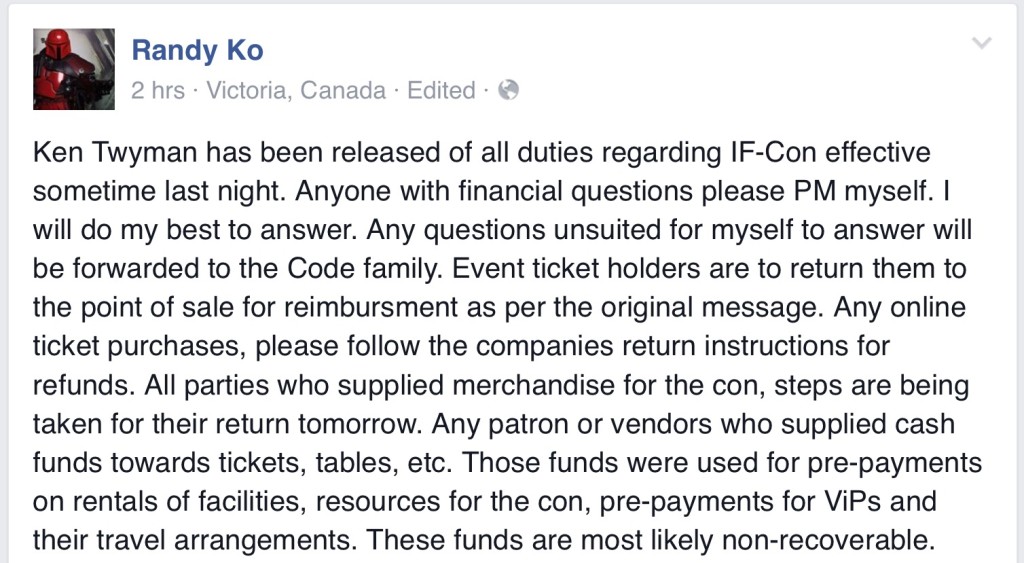 There have also been questions regarding the event’s finances. Dealers have been told they won’t be refunded because the money has gone to the venue – except (in the comments to the post above) a very different story is being told.

While I can’t say for sure what exactly is happening here, something isn’t adding up.

It is very unclear who would-be-attendees should reach out to now. Also, in a weird twist I’m afraid to admit that I missed, in a post on Thursday, the following bit of bizarreness was buried:

Other issues that have been brought to my attention are the fact that Bill has not been admitted and are not as we claim. Numerous people went to the hospital to see Bill, which is very commendable, unfortunately its caused issues with his health at the same time. We have instructed the hospital to inform all inquires that he is NOT admitted for privacy reasons.

So, apparently, they’re claiming that if you call the hospital, they’ll say Mr. Code was never there — but that we should TOTALLY trust them that he was.

This thing just gets weirder and weirder.

Update (11/2, 1:10am): An IfCon staffer has now instructed attendees to try to get refunds out of local stores (who have already passed their money onto Bill Code). Which is weird, y’know? Also vague comments were made about Code’s illness being “terminal.” We hope this is an exaggeration, but as we lack further information, we can’t say more. 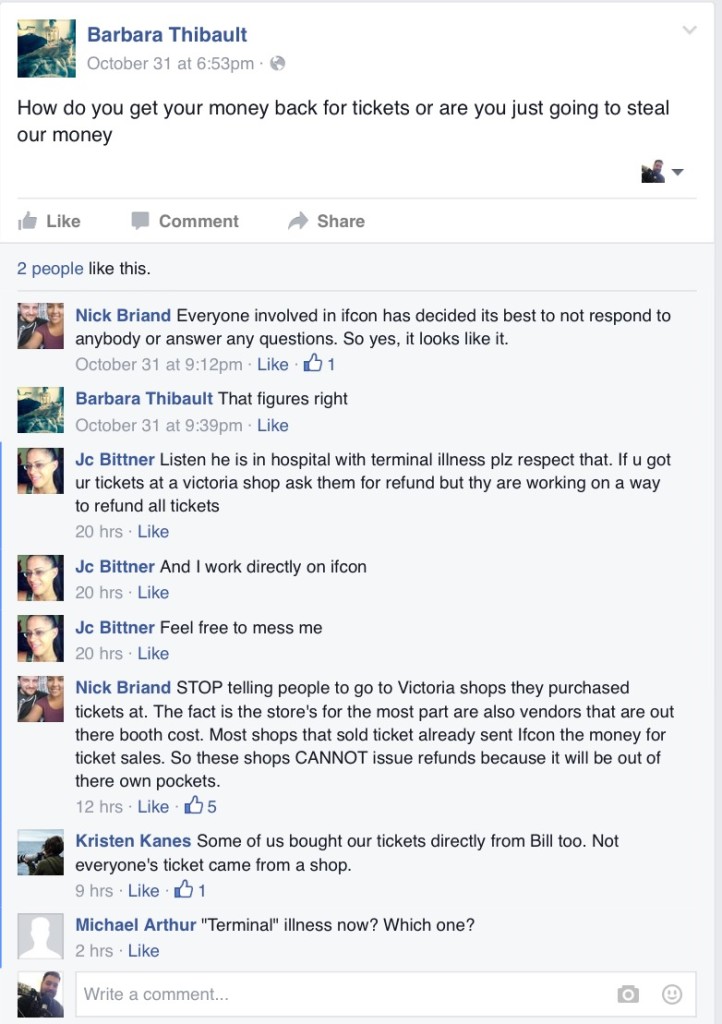 Update (11/2, 5:45pm): Well, it looks like they organizers have deleted the Facebook event which had served as the only updated official resource.

Update (11/6, 1:00pm): We have multiple sources verifying that Bill Code has indeed been in the hospital, although that still doesn’t answer any of the remaining financial questions.

Update (11/8, 11:20am): According to a comment on the “HURT BY IFCON 2016” Facebook page, EventBrite has decided to refund IfCon attendees who registered through them out of their own pocket. This means that, so far, all of the “refunds” given have come from other vendors and companies out of their own funds, and zero dollars seem to have actually been returned by the actual convention committee.