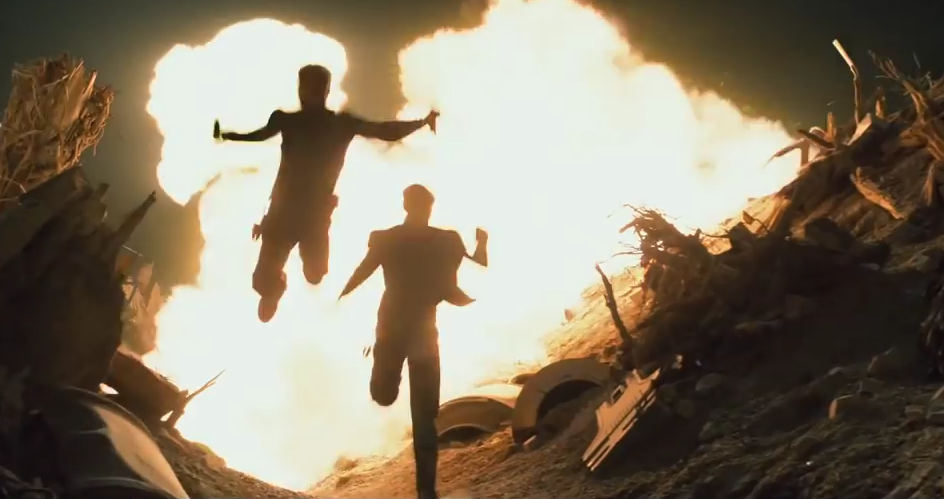 Earlier this week the first trailer for the upcoming Star Trek Beyond premiered, and some were concerned that it was solely composed of explosions, one liners, and a kick-ass bike jump. In fact, due to the tone, many said the film would pretty much be The Fast and the Furious in space.

But anyone who spends their time watching a lot of movie trailers knows that the people who make the trailer are rarely even remotely connected to the film’s actual creative team. And when Director Justin Lin and the film’s Co-writer Simon Pegg saw the trailer, they were disappointed too.

While Lin approved the trailer, he knew it would be controversial:

That said, he also wanted to assure franchise fans that this is still a very Star Trek-y movie:

I feel like we have the goods in a two-hour run and you really do get to know the characters and hopefully the journey is great.

Pegg was a bit more negative about the trailer than Lin:

So before my fellow Trekkies and Trekkers get concerned, remember that this was a trailer cut together to put in front of Star Wars too – a franchise much more focused on action. Of course the bike jump was going in the trailer.