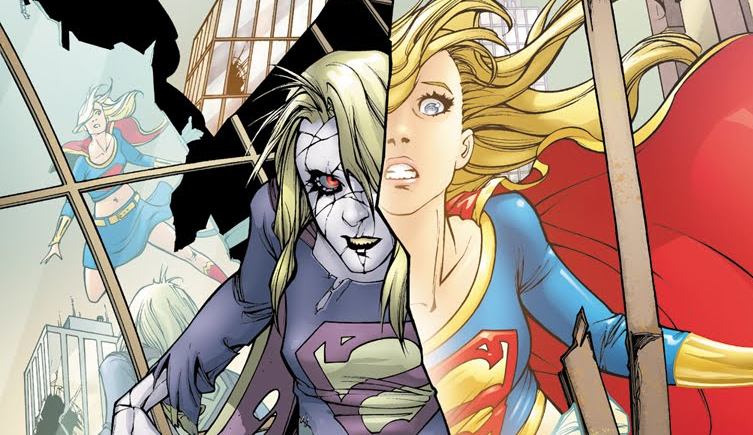 The Arrowverse end of DC’s Television lineup tends to get a lot of attention here at Nerd & Tie, but the (as of yet) unrelated (even though its made by the same team) Supergirl has been doing very well over on CBS. Earlier this month we learned the show received a full season order, and now we’re starting to find out what they’ll do with some of those additional episodes.

For one, they’re planning on introducing Bizarro.

While appearing on the Fatman on Batman podcast, Supergirl Executive Producer and writer Andrew Kreisberg revealed that Bizarro will show up in this first season of the show. For those of you not familiar with the Super-corner of the DC universe, there are several characters who have gone by the name Bizarro, but they’re mostly failed clones of Superman. A Bizarro version of Supergirl was also introduced in the comic (hence the image up above) who originates from Bizarro World (a whole planet of Bizarro people — it’s cube shaped).

There sure are a lot of parentheticals in this post…

Anyway, we have no idea which version of Bizarro will show up on Supergirl, but I’m betting it’s more likely a version of Bizarro-Supergirl, as we haven’t heard about any casting for the part (and one would presume that Melissa Benoist and/or her normal stunt double would also play any Bizarro version of the character.

Via Fatman on Batman