It’s been a weird few days here at Nerd and Tie,  so let’s take our minds off of it by visiting the oft-traveled to DC Carnival of Sadness we’ve all come to know and expect.

DC just released their yearly, and impossibly painful thing to type, Superman/Wonder Woman romance anthology. This anthology uses several short stories to explore the romantic relationship between the two (ugggggggggggh). The second story of the anthology takes place in Pakistan, and features lots of translated dialogue in bracketed bubbles. That’s all good and fine, except…. 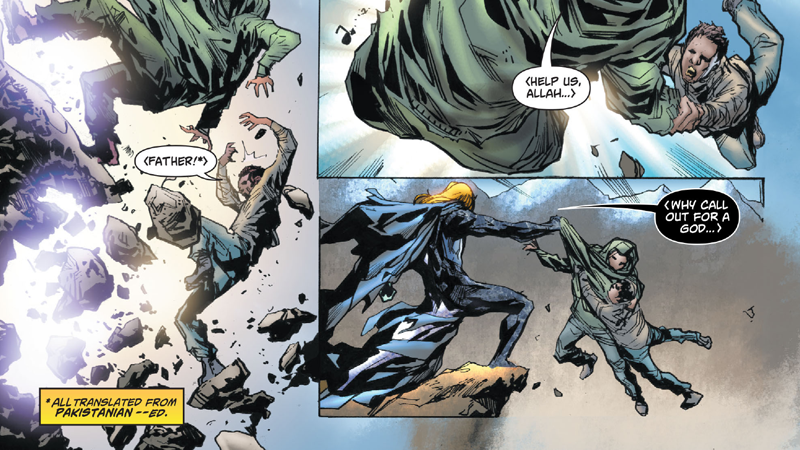 It’s all translated from “Pakistanian,” a language that, well…doesn’t exist?

Pakistan is a big place with a long history, and as such several languages are spoken across the rather large country.  There’s Punjabi, Sindhi, Urdu…heck, even English is spoken prominently in some regions.  This, of course, could have been learned in about two seconds by googling “languages in Pakistan”, but apparently DC is just too busy to look up geographically important information when they’re writing an anthology for which nobody is asking.

One thought on “DC Can’t Be Asked to Use Google, Calls Language of Pakistan “Pakistanian””