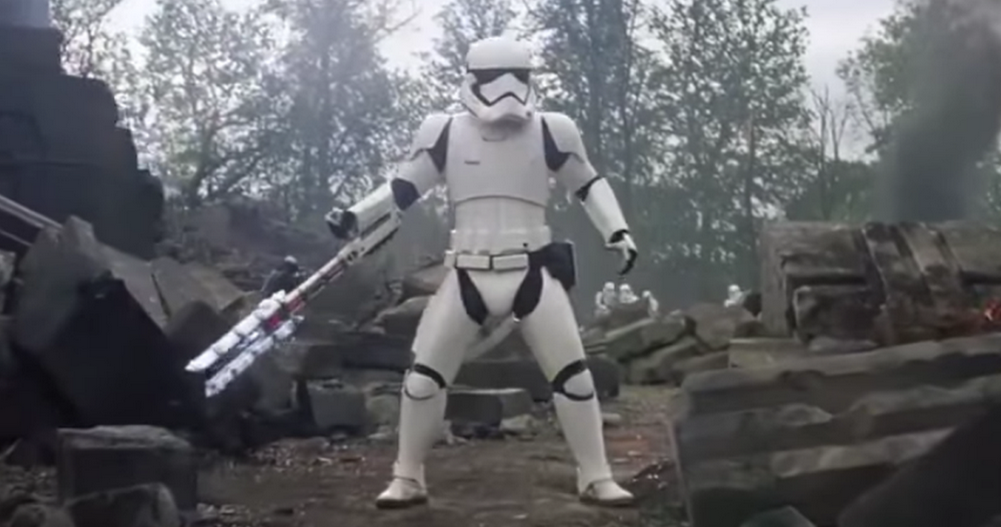 One minor character in Star Wars: The Force Awakens has captured the imagination of fans the same way Boba Fett did back during the original trilogy: The baton wielding stormtrooper fans have dubbed “TR-8R.” He, of course, got that nickname because of his single word line (“TRAITOR!”) that he screams when he sees one of our heroes, the former Stormtrooper Finn.

People have wanted to know more about the short-lived character (mostly because of how awesome his baton spinning was), and StarWars.com has decided to let us in on it.

You see “TR-8R” is actually FN-2199, a member of the same squad that Finn (former FN-2187) came from. This is, frankly, why he knows what the heck Finn looks like without his helmet on. He apparently shows up in Greg Rucka’s book Before the Awakening, and his friends call him “Nines” (which I guess is the best you’re going to get for a nickname as a Stormtrooper).

The baton device he uses (called a Z6) is designed for crowd and riot control. Technically it’s meant to be non-lethal, but in the same way that a rock on the ground in non-lethal I guess.

I mean, it can block a lightsaber… so how non-lethal can it really be?