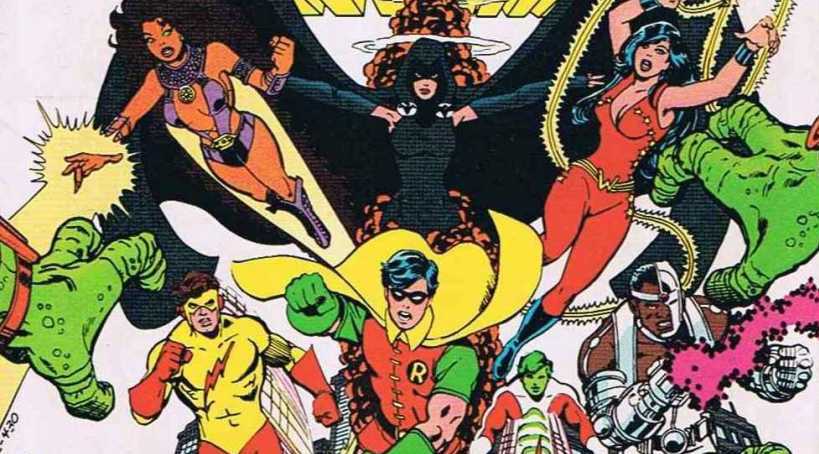 TNT spent a long time working on Titans, a live action adaptation of Teen Titans. But then they went and cancelled the thing last month, long before it could ever air. Personally though, I was okay with this. I mean, I’m already watching four DC shows a week with DC characters (and we make Arcemise watch a fifth), and that’s not counting the Vertigo stuff. Do we really need another?

Well, DC still thinks so. According to TVLine:

Interestingly, when we chatted up DC Entertainment CCO Geoff Johns at TCA — just days after TNT let slip the bad news — he shared, “We [at DC] have known about [Turner nixing Titans] for months and months and months. That’s not new news to us.” The silver lining: Regardless of the basic cabler’s decision, “We have plans for Titans,” Johns asserted. “It’s a huge piece of DC and we have plans.”

Honestly? I’m not sure that’s such a great idea.

When Titans was first being developed, Supergirl and Legends of Tomorrow hadn’t arrived yet. The landscape wasn’t as crowded, and the show had a better chance at standing out. Now it just honestly doesn’t feel like it would add anything new — and in a worse case scenario it could limit the creative freedom of the other shows as characters get tied up.

I’m also not sure what a Teen Titans show even brings anymore. The DC superheroes we already have on TV are all in their twenties, so it’s not like it’d be a huge generation gap like there is in the comics. I mean, I know the continuities would have to be different (with characters like Wally West already introduced on The CW’s The Flash), but we’ve already got plenty of Millennial versions of heroes on TV running around.

So yeah, the project is apparently not completely dead, even if it should be.