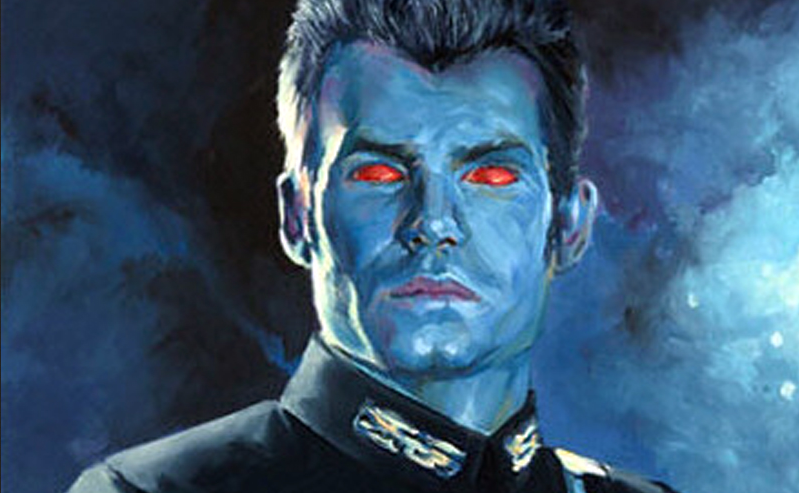 When the Star Wars Expanded Universe was tossed out of the series’s canon to make way for Episodes VII and beyond, a lot of it was stuff fans really wouldn’t miss. That said, there were some good bits too – most notably Timothy Zahn’s trilogy that began with Heir to the Empire. The main villain in that was Grand Admiral Thrawn, a blue skinned alien who had notably risen through the Empire’s ranks despite their racism again non-humans purely because he was scary-good at what he did.

Thrawn was, frankly, kind of awesome, and he’s been sorely missed from the Star Wars canon since he was excised from it.

Well if recent rumors are to be believed, Thrawn may return via a possible appearance in Star Wars Rebels. It wouldn’t be until next season, but if we’re to believe this, a younger (and not yet Grand Admiral) Thrawn would appear in the series (which is set prior to Episode IV) to come after the show’s heroes.

If this is true, it’s kind of awesome. When the canon was splintered, many assumed that it’d be the last we saw of novel and comics only characters. To know that some of the best ones have a shot at returning would be pretty nice.