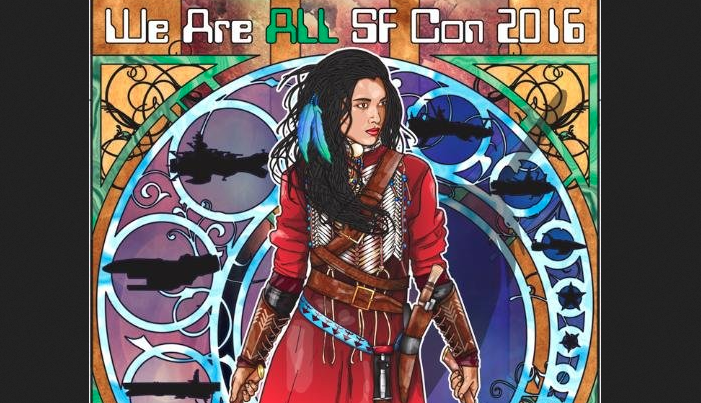 We previously reported that the Ocean Shores, WA based first year convention ‘We Are ALL SF’ was having financial difficulties, cutting back in scale and hemorrhaging guests. Sadly, things have not gotten better for the convention, as yesterday organizers announced that rather than run a subpar event, they were cancelling the November convention.

The promoters posted the following to the con’s website as an explanation:

There’s no easy way to say this. We are sorry to inform everyone that the We Are ALL SF convention, scheduled for November 2016, at Ocean Shores WA, will be cancelled.

We aren’t going to go into the details, as that is not important at this time. Instead we want to thank everyone who has supported us as we moved from a crazy idea to something larger than we ever dreamed. We also want to say how sorry we are that things didn’t go as planned.

We felt it best to stop now and begin the process of refunding all sponsorship and registration fees for the 2016 convention and regroup.

The convention isn’t dead, it’s just delayed for a year while we reevaluate how best to make this crazy idea become a reality. Refunds will begin to go out as soon as possible. We are truly sorry, and we hope you will give us another chance to prove what a great convention we can be next year.

While it’s disappointing to see any convention cancel, considering how many issues they were having it’s probably for the best that they decided to end it this early.

Here’s hoping they can make things work in the future.