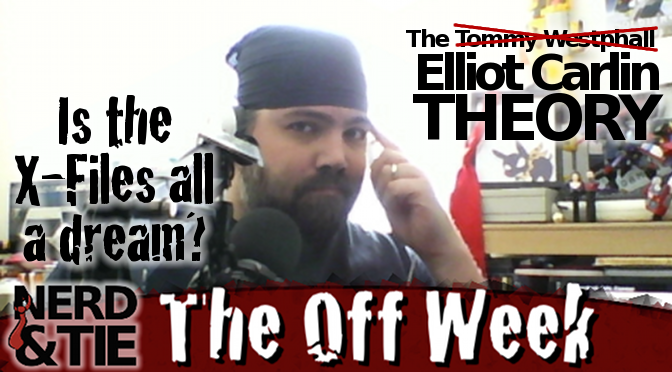 We’ve all heard of the Tommy Westphall Theory of television — where many of the shows across TV history take place in the mind of St. Elsewhere’s autistic Tommy Westphall. But what if that’s too simple — what if these shows fell into not one, but TWO realities: One the “real” world, and the other a “dream” world forming that reality’s collective unconscious? I call it the Elliot Carlin Theory, and I swear it even makes sense.

“The Off Week” is a series of videos produced by Nerd & Tie in the weeks where we aren’t producing a full length podcast. The goal is to raise questions and make you think about things that you’ve maybe taken for granted.