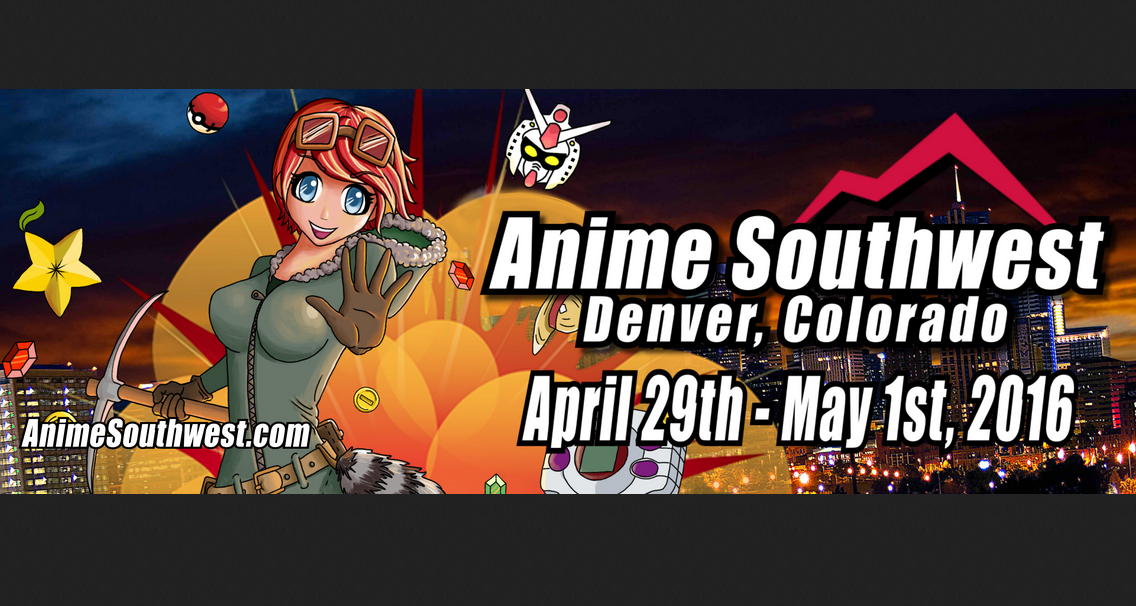 There are a lot of open questions surrounding Anime Southwest, the convention being run by Sukoshi Con this April 29th through May 1st in Denver, CO. While from the outside things initially looked hunky dory, in the last few weeks everything seems to have gone sideways for the con.

It started when the convention lost its venue. Out of nowhere the Radisson Hotel Denver Southeast decided it no longer wanted to host the event, and Anime Southwest had to scramble (finally landing at the Ramada Plaza Northglenn).

We’ve had sources tell us (and at least one person claim publicly) that the Raddison told them the venue cancellation was due to nonpayment. Anime Southwest head James Carroll denied this in the official statement put out by Anime Southwest’s staff. He insists that the Raddison actually cancelled the booking because of a bizarre misunderstanding about what exactly takes place at an Anime con rave.

If that’s true, that is about the weirdest thing I have ever heard.

After this shift, a large number of guests cancelled, including Horsedeer Productions, Laura Post, Lisle Wilkerson, Marissa Floro, Martin Billany, Steve “Warky” Nunez, and Warumono. You may be asking yourself why the venue shift within the same metropolitan area triggered this exodus of guests. It’s the sort of thing that’s downright baffling.

This is because it probably had nothing to do with the venue change at all.

One former Anime Southwest staffer told us that multiple people also quit the event around the same time, including at least one member of the guest relations team. While Carroll’s aforementioned statement claims staffers were fired, I was assured that this was not the case.

It was this staff upheaval that supposedly caused the loss of a large percentage of the convention’s guests.

Why exactly these staffers quit I leave to speculation, and I’m not sure if there’s a lesson here. In many ways I’m left with more questions than I began with. But maybe I shouldn’t be surprised, as we’re talking about a convention called “Anime Southwest” held in Denver… a city generally not considered to be in the Southwest.

6 thoughts on “What Exactly Is Happening With Anime Southwest?”