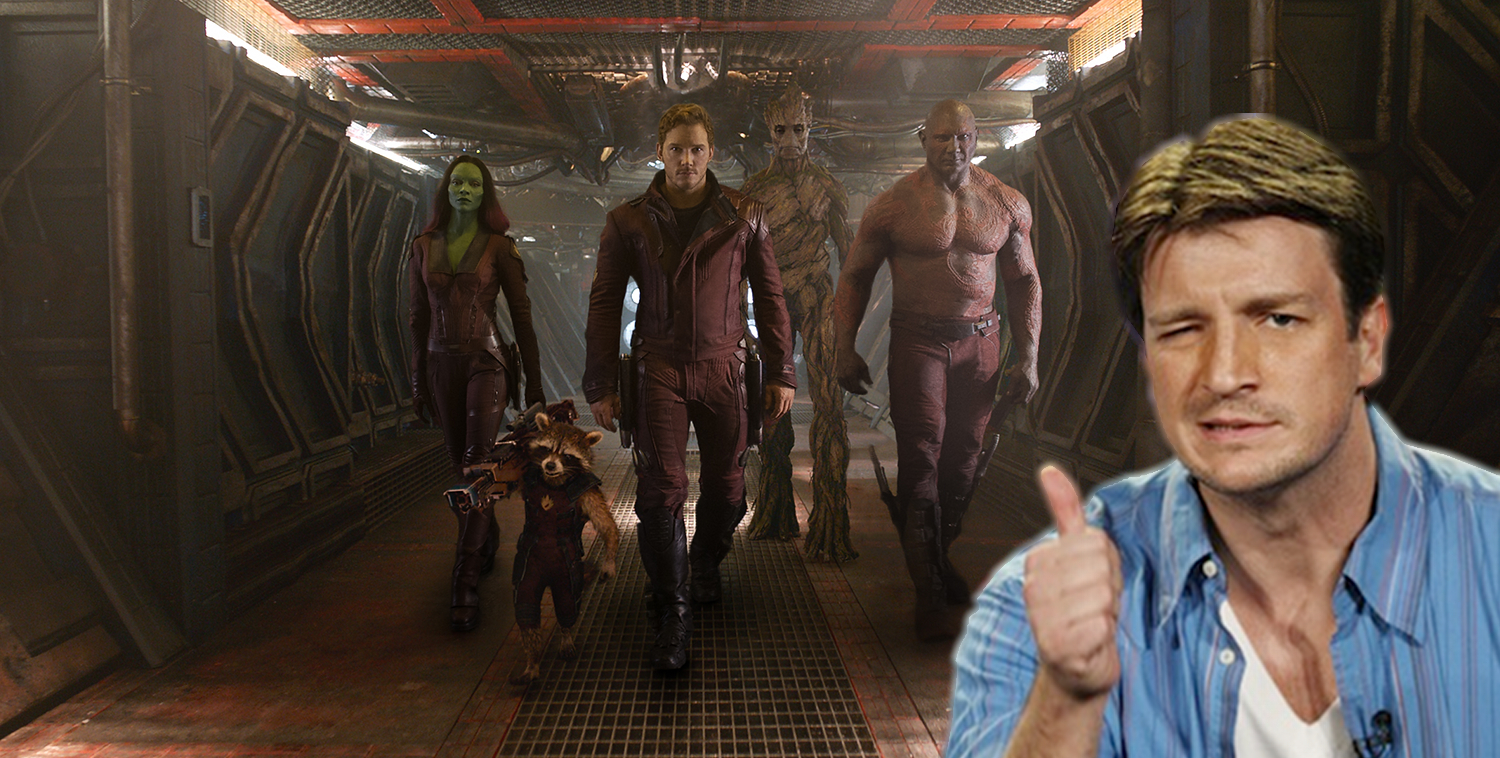 Nathan Fillion and James Gunn are good friends, and his cameo in the first Guardians of the Galaxy was the subject of a metric crap ton of speculation. While people wondered if Fillion would end up as a number of different characters in that film, his actual cameo turned out to be a minor role as a random alien prisoner (that many didn’t even notice).

But hey, it was funny.

As the sequel, Guardians of the Galaxy Vol 2., is currently in production, Fillion has yet again been on set to film a small part. This time around though, it’s actually a somewhat notable character… and if you want to avoid spoilers, you should probably stop reading this somewhere about here.

ComicBook.com is reporting that Nathan Fillion will be playing none other than ‘Simon Williams.’ For those of you with a bit of Marvel Comics knowledge, Simon Williams is also known as the Supervillain-Pretending-to-be-a-Superhero turned Actual Superhero Wonder Man.

The cameo is expected to be small, and you shouldn’t expect to see Fillion suiting up anytime soon. You see, in his day job though, Simon Williams is an actor. The only reason we know about this cameo is that on-set a “Simon Williams Film Festival” is apparently happening at a movie theater, and posters for a bunch of fake movies (with Fillion’s face on them) are all over the place.

It’s likely a minor thing, and nothing more will come from it — but it’s a nice nod to eagle eyed fans who might be paying attention.