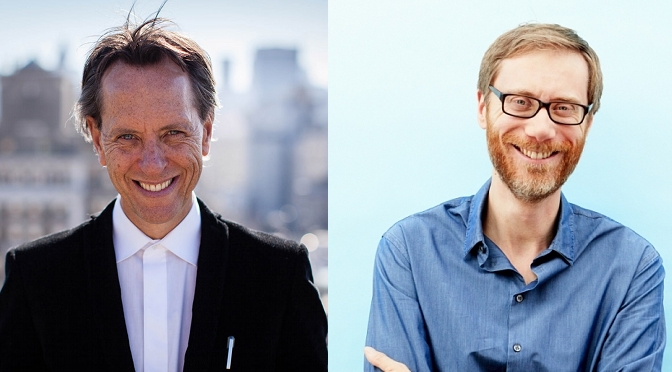 The third Wolverine film (likely to be based loosely on Old Man Logan) is marching forward, bringing us ever closer to Hugh Jackman’s final turn as the Clawed Canadian. Besides Patrick Stewart’s expected return to the role of Professor X, not a lot else has been known about the cast so far. Well, at least until this week. Two big pieces of casting news have come out this week though, one of which is to form and the other unexpected.

The first bit is that Richard E. Grant is joining the film. While not a lot is known about his character, he’s expected to play a mad scientist villain. Since that describes like ninety percent of the comic book villains created in the middle of the 20th century, that could be almost anyone. Grant won’t be the main villain of course, as that role is being played by Boyd Holbrook.

The less expected piece of casting is that comedic actor (and co-creator of the original British version of The Office) Stephen Merchant has also been cast in another unknown role. In this case, we have literally no idea what he’s playing, but I don’t really care.