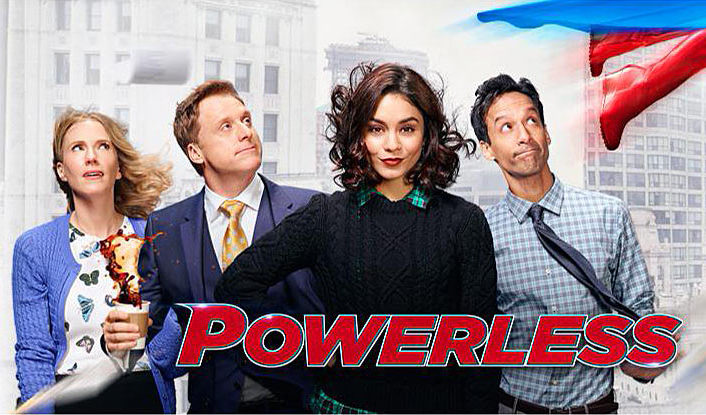 We first learned that NBC was interested in a DC Comics based single camera workplace comedy back in August of 2015. Eventually more news came out like it’s title (Powerless), and it seemed pretty interesting.

And we’re going to get to see it too.

Variety is reporting that NBC has picked up the show for the 2016-2017 season. Powerless‘s set up is pretty simple, as it follows the lives of ordinary insurance claims adjusters in world where superheroes are real… and breaking the crap out of cities all the time.

The cast for the show is incredibly solid, as it stars Vanessa Hudgens, Danny Pudi, Alan Tudyk, and Christina Kirk. I mean, Danny Pudi and Alan Tudyk, at the same time? That alone has me excited, as Community and Firefly were literally two of the best shows to ever air on network television. Ben Queen and Michael Patrick Jann will executive produce the show, with the two having written and directed the pilot respectively.

I’m going to admit I was a bit skeptical when the concept was first announced, but the further this project comes along the more I’m getting excited about it. With a solid cast and an almost Rosencrantz and Guildenstern are Dead quality to the concept, the whole thing has grown on me.

Hopefully we won’t be disappointed this Fall.