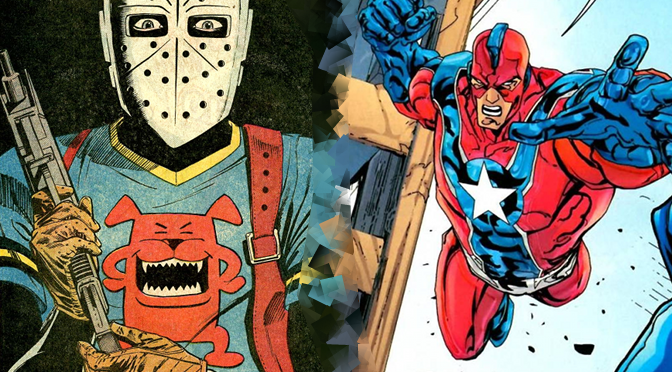 The CW’s Arrowverse shows have been a slow parade of DC Comic’s lesser known characters. They’ve turned otherwise little known superheroes and villains into, well, known ones. I mean, even major characters like the Flash’s rogue’s gallery wasn’t all that well known to non-comics readers before these shows.

Or, y’know, like most of Legends of Tomorrow‘s cast.

Well, this fall will end up being no different. That’s right, we’re going to get to meet a few more “down-list” characters — namely both DC’s Wild Dog and Citizen Steel.

Wild Dog, played by Rick Gonzalez, will be showing up on Arrow. Most people don’t know who Wild Dog (aka ‘Jack Wheeler’) even is — but if you ever felt like mashing up Marvel’s The Punisher with TMNT’s Casey Jones… that’s Wild Dog. I mean, I can’t think of a better explanation. Considering Arrow star Stephen Amell just played Casey Jones, I assume there will be some hockey mask jokes.

Flipping from Wednesday to Thursday nights, Nick Zano has been cast as a series regular on Legends of Tomorrow as Dr. Nate Heywood. Dr. Nate Heywood is better known as his alter-ego Citizen Steel. Citizen Steel is also the grandson of Justice Society member Commander Steel, which seems like it will link in with Hourman’s appearance in the Legends of Tomorrow season finale.

Supergirl, The Flash, Arrow, and Legends of Tomorrow all return to The CW this fall.